2018 construction forecast: a look ahead 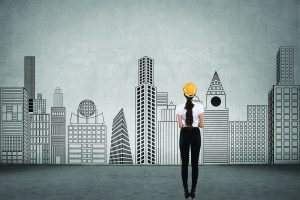 All eyes are on the year ahead, as a tumultuous 2017 winds down. Oil prices remain low, edging towards a mild recovery but not expected to come close to the highs of 2013-2014. And prospects for pipeline construction remain mixed, with TransCanada withdrawing its high-profile Energy East application in mid-autumn. At the opposite end of the spectrum, real estate prices in some of Canada’s biggest cities are skyrocketing, with vacancy rates to match. And, with strong nationalist sentiments coming from the Trump administration in the US, the North American Free Trade Agreement remains mired on the chopping block. So, with 2017 headed for the history books as a wild ride on economic and political fronts, On-Site asked economists and industry watchers what we might expect for 2018.

Michael Burt, director of industrial economic trends with the Conference Board of Canada, characterized 2017 as a bottoming out and strikes a note of cautious optimism for the country’s construction sector. “We saw two — and if our forecast holds for this year — probably three consecutive years of decline in spending on construction activity in Canada. But we seem to be reaching a nadir in terms of the downturn in the industry over the last couple of years. We actually see growth in the range of three per cent going forward into 2018 in terms of spending on structures and engineering projects.”

Citing Statistics Canada’s forecast of a nearly three per cent increase in Canada’s gross domestic product next year, Burt said the construction sector and the national economy are poised to grow. He added, though, that he doesn’t foresee a return to the highs of 2013-2014, after which oil prices plunged and stalled many of the economic improvements that had taken place following the recession of 2008-2009. Business spending on building and engineering reached $155 billion in 2014 but looks to be less than $100 billion this year.

Canadian Construction Association past-president Michael Atkinson said stabilizing energy prices are a positive sign but ongoing government commitment to infrastructure investment makes a huge difference. “We expect to see more of that in 2018,” he says. “Some of the programs reach out seven to ten years, so that’s something we believe will provide some spin-off and be a major mainstay of construction demand in the ICI sector going forward.”

Atkinson is particularly buoyed that the federal Liberals have not only continued but added to the previous Conservative government’s infrastructure plan.

While Atkinson sees the Canadian construction sector holding its own and the national economy faring better than earlier projections suggested, he laments the withdrawal of Energy East. “The refineries in eastern Canada need the crude, and we put up so many hurdles that I’m surprised those guys stuck around as long as they did. We’ve got to do a better job of ensuring that Canada remains a nation where investment and development are encouraged, not where we’re putting up a big sign saying closed for business.”

“Businesses haven’t been investing at a normal pace throughout the entire post recessionary period and they’re bumped up against capacity constraints, so they’re more inclined to invest now than they have been in the last seven years.”
— Peter Hall, Export Development Canada

Peter Hall, chief economist with Export Development Canada, said domestic policies are crucial, yet global events and pressures influence international financing and have a strong impact on Canada’s economy. “There’s been significant anti-trade rancour and rumblings all over the place,” Hall said. Brexit might seem half way around the planet, yet Canada is undergoing a showdown of mammoth proportions with the US over the possible renegotiation or termination of NAFTA. “It throws business into confusion,” says Hall.

“Businesses haven’t been investing at a normal pace throughout the entire post-recessionary period and they’re bumped up against capacity constraints, so they’re more inclined to invest now than they have been in the last seven years. The trouble is, when you inject uncertainty and don’t know what our trade super-structure is going to look like over the next little while, you get very hesitant investors.”

Hall didn’t predict any significant surge in commodity prices. “We’re not looking for oil prices to turn too far from the $50 threshold, and base metals will be pretty tame as well,” he said. As for the Canadian Dollar, which was briefly at parity with the US Dollar a few years ago before plunging back towards .70 cents, Hall said values of roughly .78 cents in October may drift into the lower to mid .80 cents range through 2021.

How might the multitude of factors impact Canada’s ICI construction sector this coming year? “The recession came after a period of over-investment, and when activity dropped there was all kinds of spare capacity in the economy,” Hall said. “Our rate of under-investment over the last seven-plus years has kept us from adding to our capacity, so the increase in activity has used up what we have and we’re getting close to very tight measures of capacity constraints. That’s what actually kicks off new spending on buildings and equipment in the industrial and commercial space.”

Conference Board of Canada anticipates stronger economy in 2017