Used equipment prices up across the board 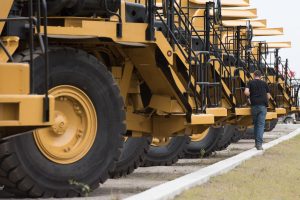 In its December market trends report, Ritchie Bros. is showing pricing increases across the spectrum of used equipment indexes it follows in Canada and the U.S.

Comparing year-over-year figures for the three months ending November 30, the B.C.-based global asset management and disposition company reported that prices for medium earthmoving equipment and vocational trucks were both up 32 per cent in Canada. Over that same timeframe, truck tractor prices rose 27 per cent; aerial equipment 25 per cent; and large earthmoving equipment 11 per cent.

Increases were even more pronounced in the U.S., where truck tractors, medium earthmoving equipment and vocational trucks were all up more than 40 per cent, with truck tractors rising 55 per cent.

To help track trends, Ritchie Bros. is offering a special report on loader backhoe sales in the United States and Canada. It is available for free download at rbassetsolutions.com/market-trends-report.

“Loader backhoe volumes have declined while demand has strengthened, resulting in strong pricing for the incredibly versatile machine,” said Doug Olive, senior vice-president of pricing at Ritchie Bros. “In 2016 we sold close to 3,000 backhoes in the United States. Through 11 months in 2021, we’ve only sold 1,815 but the median price has increased 15 per cent.”