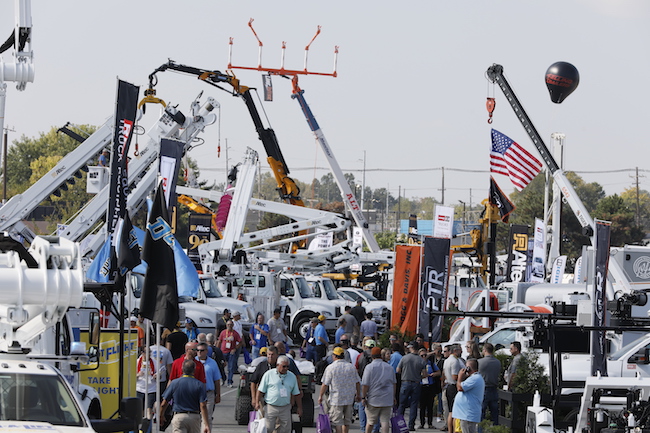 LOUISVILLE, Ky.—Records of all sorts were left trampled at this year’s International Construction & Utility Equipment Exposition (ICUEE) at the Kentucky Exposition Center in Louisville Oct. 1-3.

Unrelenting temperatures — that broke record October highs for the city — didn’t deter visitors from across the U.S., Canada and 65 countries around the globe from packing the steamy outdoor lots or air-conditioned indoor halls at the three-day event.

With registered attendees topping 19,000, more than 1,000 exhibitors and 1.34 million sq. ft. of space spoken for, the show breezed past previous marks for all three key metrics.

“By all measures, this was an outstanding ICUEE with more to see and experience than ever before, and it was gratifying to see such positive energy among attendees and exhibitors,” Rick Johnson, show chair for ICUEE 2019, said in a release. “ICUEE is always such a tremendous opportunity to make lasting industry connections that help participants continue to grow and stay competitive.” 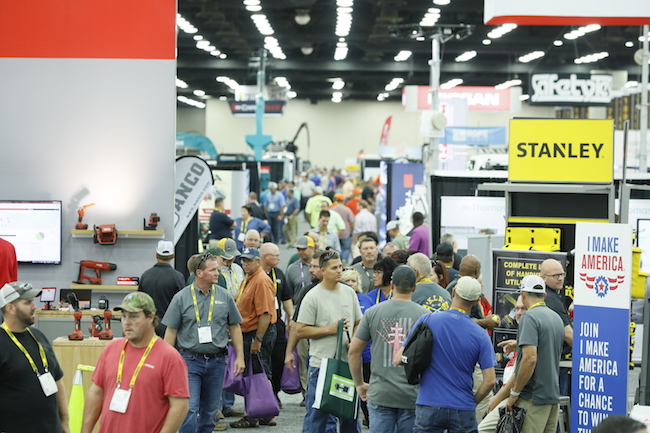 Attendance for the event topped 19,000. PHOTO: ICUEE, the Demo Expo

Geared mainly toward utility contractors, the show features the latest equipment, products and tech solutions. Being a demo show, it also lets attendees see equipment in action, or even get behind the controls themselves. Despite the heat, the sprawling outdoor lots were packed with contractors testing out the latest gear.

Along with those already established in their careers, ICUEE, which is owned and produced by the Association of Equipment Manufacturers (AEM), hosted hundreds of students, giving them hands-on experience in an often overlooked profession.

A few highlights from the show include a prototype of a fully electric compact excavator, which is a collaborative project between Hyundai Construction Equipment Americas and Cummins Inc.

Caterpillar was also continuing the rollout of its next generation of mini excavators. It showed off the six-ton Cat 306 CR in Louisville. 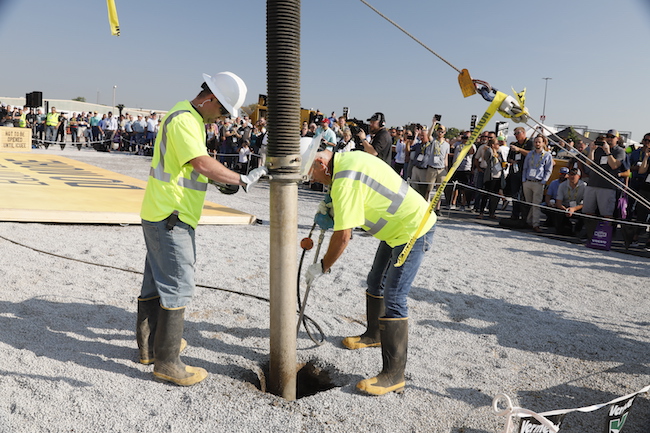 Before the temperature really shot up on the first morning, Vermeer Corp. unboxed its innovative new XR2 vacuum excavator that has a shaker deck to separate liquids and solids and keep crews on the job longer.