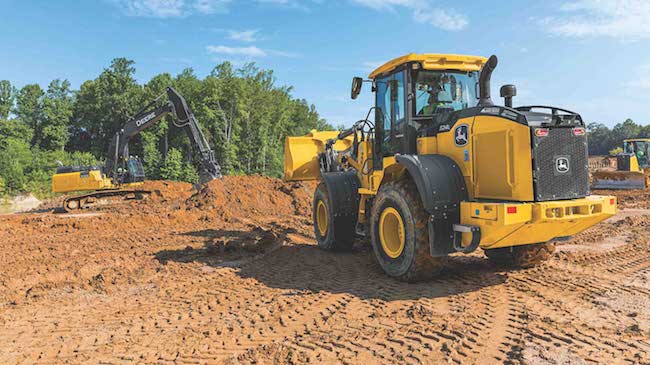 REGINA—The Brandt Group of Companies has struck an agreement to buy the Canadian operations of John Deere dealer Nortrax.

More than two dozen dealerships owned by Nortrax Canada Inc. and Nortrax Quebec Inc. will change hands as part of the deal, putting all of Canada’s John Deere Construction & Forestry dealerships under the Brandt banner.

“The addition of Nortrax’s impressive branch and distribution network gives us an unprecedented opportunity to offer customers anywhere in Canada a consistent customer support experience, no matter where their projects take them.” Shaun Semple, the company’s president and CEO, said in a release. “We are very proud to deliver the quality products and support services that Canadian customers rely on for their success, every single day.”

The majority of the Nortrax dealers are in Ontario and Quebec. There are also three in Newfoundland and one in Happy Valley-Goose Bay, Labrador. The company is owned directly by Deere & Co.

Following the deal, Brandt will operate 56 dealerships across every province except P.E.I., as well as numerous service points. The privately-held company said the agreement will help it “deliver unprecedented access to Deere products, parts and support services to Canadian contractors.”

Brandt did not release the financial details of the deal, but said it’s expected to close by late October.