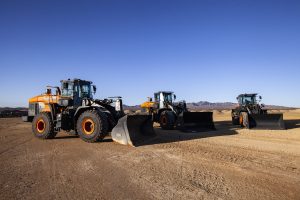 Overall top-performing North American honours went to Barry Equipment of Webster, Mass. The company, which serves customers in Massachusetts, Connecticut and New York, has been a Doosan dealer since 2004 and was on the list for its fifth straight year.

Doosan recognizes its heavy equipment dealers annually for excellence in sales, parts and service to customers in their respective markets.

“We’re pleased to recognize our top-performing Doosan dealers of 2021,” stated Todd Roecker, vice-president of growth initiatives for Doosan Infracore North America. “Our dealer network has made exceptional strides in growing the Doosan brand, as evidenced by the number of dealers being recognized for multiple years of excellence. We’re also pleased to see new dealers on this list who are helping us grow and expand in new territories.”