YMCA on Cherry Street “topped off” 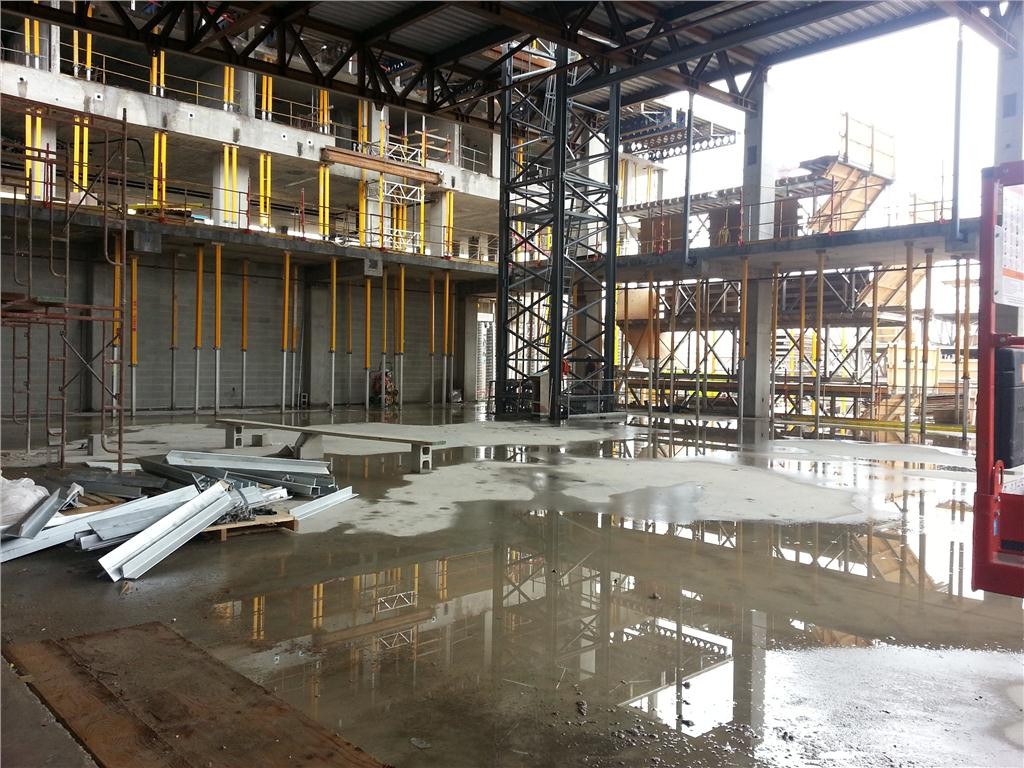 YMCA of Greater Toronto partners, major donors, supporters and board members, and representatives from the West Don Lands community today witnessed the “topping off” of the new YMCA on Cherry Street, currently under construction as part of the CIBC Pan Am/Parapan Am Athletes’ Village. “Topping off” is a significant construction milestone that signifies a building has reached its highest point.

The new development allows the YMCA of Greater Toronto and partners to build a model community from the ground up to meet the immediate and growing needs of this area.

The new 82,000 square foot YMCA Centre of Community will serve a diverse neighbourhood comprised of young families (30%), visible minorities (41%), immigrants (34%) and low-income groups (16%), as well as George Brown College students. The population of this community is expected to grow 13.5% by 2020.

The second milestone is the generous private donation from Krystal Koo and Michael Cooper, long-time Toronto philanthropists. Their gift of $2-million is a significant contribution toward the progress of the YMCA Strong Start, Great Future fundraising campaign. The new centre will be named Cooper Koo Family YMCA in honour of their family’s dedication to building healthy communities in Toronto.

Built to LEED (Leadership in Environmental and Energy Design) green building standards, the new YMCA facility will offer youth and community activities, a gymnasium, swimming pool, and fitness studios and exercise areas. It will also include an accessible green roof to create an additional 11,000 square feet of healthy outdoor space. The Centre of Community will provide services and programs immediately to support more than 8,000 people with the potential for future program expansion.

The new YMCA Centre of Community on Cherry Street is part of the charity’s expansion strategy, announced in January.