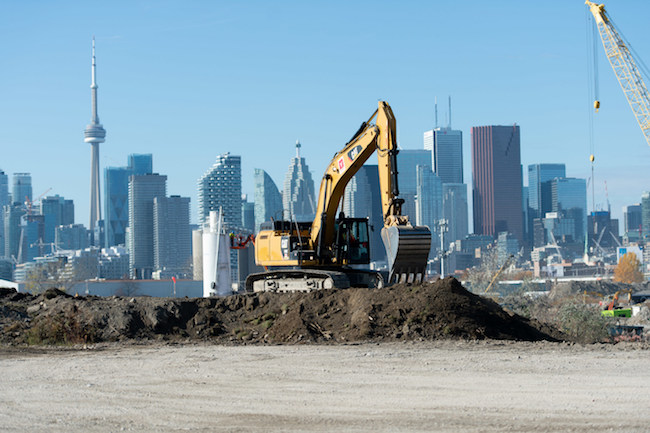 The project will add more than 200,000 sq. ft. of new space to the movie studio on the city’s eastern waterfront. PHOTO: Pinewood Toronto Studios

Excavators have begun moving dirt for a multi-stage expansion of a movie and television studio in Toronto’s Port Lands.

Pinewood Toronto Studios said Nov. 12 it has started construction on a major addition to its production facility on the eastern waterfront.

The construction project will add more than 200,000 sq. ft. (18,580 metres-square) of total floor space to the site, which will total around 525,000 sq. ft. (nearly 50,000 metres-square) once work wrap ups. Five sound stages will occupy about half of the new space, while office space, a mill shop and workshop areas will cover the rest.

Ledcor is taking on construction management for the project, the movie studio said, and Turner & Townsend is overseeing project management. The cost of the expansion has not been disclosed.

Construction is scheduled to take a little over a year, with early 2022 as the targeted completion date.