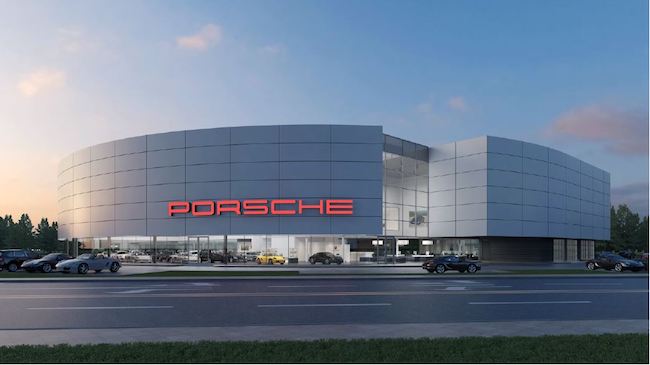 Slated to open by the end of 2020, Porsche Centre Richmond will include a 20-car showroom, 16-bay workshop and two new vehicle delivery areas. The building incorporates the automaker’s hallmark curved design, as well as both steel and concrete structures — with structural steel used for the showroom area and concrete employed for the shop and parking areas at the rear. Both aspects will add levels of complexity for construction crews compared to simpler dealership designs.

Wales McLelland pointed to the compact Metro Vancouver construction site as another challenge on the project. With on-site storage space limited, the contractor plans to schedule on-time deliveries to make the best use of the site.

Between 60 and 90 workers are expected to be on-location during the majority of the year-long project. The Richmond-based contractor anticipates that figure rising to 100 at peak.

The precise cost of the muiltimillion-dollar project has not been released.