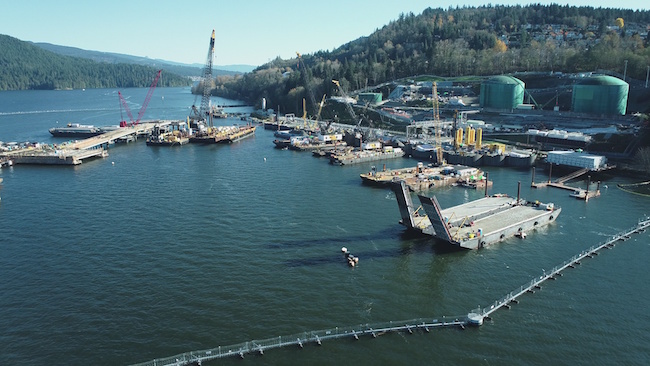 BURNABY, B.C.—Construction has begun on the 2.6-kilometre tunnel in Burnaby, B.C., for the Trans Mountain pipeline expansion project.

The company says in a news release the work on the tunnel connecting the Westridge Marine and Burnaby terminals began May 26.

It says the start of construction of the tunnel represents one of the major components of the expansion project in the Lower Mainland and is expected to take a little over half a year to complete.

The tunnel construction began after a year of preparation and more than six years of planning, design and regulatory processes.

Trans Mountain says the tunnel will be more than four metres in diameter and have three delivery pipelines to load vessels at the Westridge Marine terminal.

The company has said the Trans Mountain pipeline expansion project is on budget and on schedule for completion by the end of 2022.