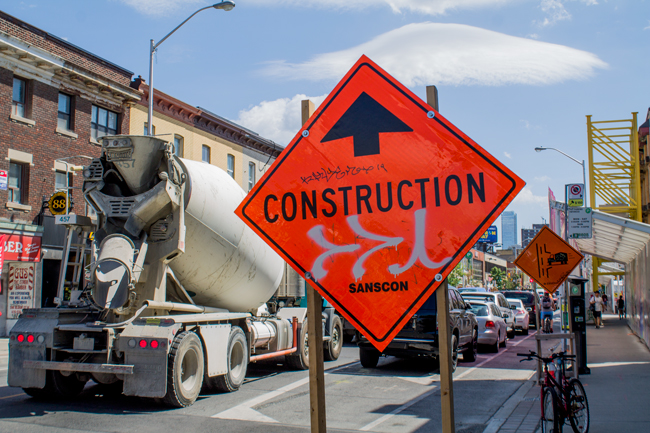 If successful in the Yonge and Eglinton area, the city will expand the program to other busy areas of the city

The City of Toronto has launched a new pilot project aimed at improving safety and reducing slow downs in construction-heavy areas of the city.

The project will focus on the Yonge Street and Eglinton Avenue intersection, an area rife with construction activity of all types — from transit infrastructure work to high-rise projects. The busy area has also experienced a number of safety issues. Among other incidents, this fall a woman was killed by a concrete mixer while crossing a street just north of the major intersection.

“This pilot is focussed on providing thoughtful coordination and an all-hands-on-deck approach to addressing the perfect storm of construction in our Yonge and Eglinton area,” said Coun. Josh Matlow, who represents the local area, in a statement. “I’m hopeful that this initiative will improve the safety of local residents while reducing the cumulative impacts of the unprecedented disruption to our Midtown community.”

Modelled off a similar program launched in Seattle in 2016, the Construction Hub Coordination Pilot will install a “hub coordinator” to liaise with drivers, local businesses, as well as public and private contractors operating in the area. Ultimately tasked with minimizing the impacts of construction, the city said the coordinator will review construction management plans and work with the community to better map out logistical issues such as deliveries and parking. Clearer communication to keep locals in the loop is another key component of the program, which officially launched Dec. 2.

The pilot will run until December 2020. If successful, the city plans to expand it into a full-fledged program and roll it out in other “construction hubs” around the city.