Toronto compromises on changes to noise bylaw that threatened construction 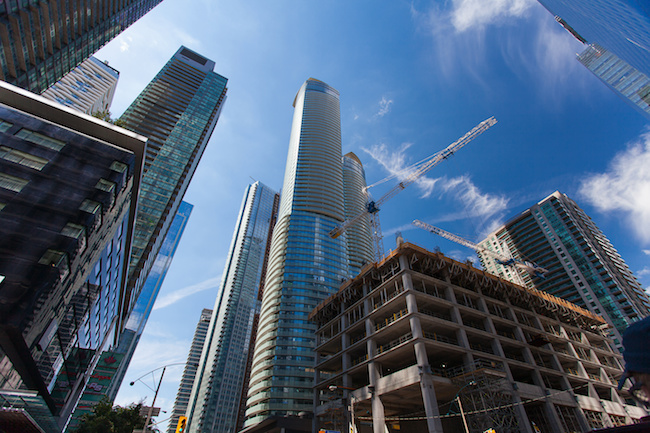 TORONTO—Continuous concrete pours and heavy crane work will continue to be permitted overnight throughout Toronto, but will be subject to new restrictions following a vote at city hall April 17.

The change represents a compromise between councillors pushing for a blanket ban on construction work after 7 p.m. and the industry aiming to maintain the status quo.

Prior to the vote, concrete pours and heavy crane work enjoyed an unrestricted exemption from the city’s noise bylaw that bans construction work overnight. Starting Oct. 1 the city will institute a permitting process, requiring job sites to gain temporary exemptions to conduct this sort of work.

While the industry preferred to maintain the original exception, it says the permitting process is far better than the alternative, which would have blocked all after-hours construction.

Over the past several weeks, the Residential Construction Council of Ontario (RESCON), LiUNA Local 183, the Building and Land Development Association (BILD) and the Ontario Formwork Association have been lobbying to halt the bylaw amendment. They said it threatened at least 7,000 construction jobs and would have added months or years to high-rise construction timelines.

“This amendment represents a workable compromise for industry,” Richard Lyall, RESCON’s president, said in a statement. “We want to work closely with Toronto residents, City Council and [Municipal Licensing and Standards] staff to ensure projects are completed as quickly and efficiently as possible. As suggested by Mayor John Tory, we want to wrap up new development in a timely manner so we can ‘get out of current residents’ hair,’ as well as house Toronto’s future residents.”

Councillor Ana Bailão introduced the motion that included the compromise in council Wednesday. The amendment, which passed by a wide margin, requires builders to apply to the executive director of MLS for a permit and display the exemption permit for seven days prior to the work, among other stipulations.

Along with tightening the restrictions on job site noise, changes to Toronto’s noise bylaw include limits on motorcycles, leaf blowers and outdoor music.