Conference Board of Canada anticipates stronger economy in 2017 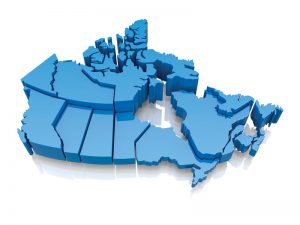 Conference Board of Canada anticipates growth.

Following an increase of just 1.3 per cent last year, Canada’s economic growth is expected to accelerate to 1.9 per cent in 2017, according to The Conference Board of Canada’s Canadian Outlook: Winter 2017.

“Last year, Canada’s economic growth was held back by weak business investment and a disappointing export performance,” said Matthew Stewart, Associate Director, National Forecast. “Overall, we anticipate a better performance this year, as the energy sector puts less of a drag on the economy, exports manage a slightly better performance and government stimulus ramps up.”

Although Canada’s trade sector will likely encounter numerous speed bumps over the next couple of years, exports are projected to increase by 1.8 per cent in 2017 and see even stronger growth in 2018 thanks to strength in the U.S. economy and a weak Canadian dollar. However, export growth will be held back somewhat by capacity issues over the near term. With most manufacturing sectors operating at capacity, the lack of investment spending to expand capacity will continue to limit the ability of firms to increase production, and hence, exports. While it is too soon to estimate the impact that the new U.S. government will have on Canada’s trade sector, it is highly probable that Canadian exporters will face greater protectionist measures under the Trump administration.

Business spending outside of the oil and gas sector should finally see some growth this year. Non-residential construction is poised for a gentle recovery, while machinery and equipment (M&E) investment spending is also expected to turn a corner. However, this won’t be enough to offset further declines in oil and gas investment, which is projected to drop by 4.9 per cent this year. Overall, business investment is projected to decline by 0.3 per cent this year, before increasing in 2018.

While the household sector will remain a key driver of the economy in 2017, consumer spending growth is forecast to slow slightly amid mediocre employment gains and subdued wage growth. In addition, residential construction is poised to fall as recent changes to mortgage rules take some of the steam out of the housing market. Housing starts will see a drop by roughly 185,600 units this year and rise slightly in 2018.

One factor that is expected to give a boost to economic growth is the beginning of federal stimulus funds. The federal government is committed to increasing program spending and infrastructure funding levels, which will account for 0.3 percentage points of Canada’s economic growth in 2017.

With economic growth remaining modest in Canada, the Bank of Canada is expected to hold off on any interest rate hikes until 2018, even then the rate of increase will be modest. As Canadian and U.S. interest rates widen, the loonie will lose ground against the U.S. dollar in the coming year, expected to average US$0.745.

SOURCE Conference Board of Canada

Sluggish economy in 2016, but no recession: Conference Board of Canada