Stanley in as ACEC chair

Association of Consulting Engineering Companies-Canada names Tim Stanley chair of its board of directors. 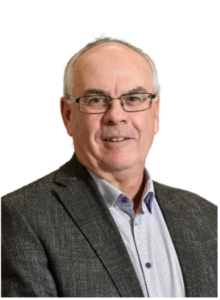 Tim Stanley, president and principal consultant at Stratice Consulting, is the new chair of the board of directors at the Association of Consulting Engineering Companies-Canada (ACEC).

With more than 40 years of experience in the consulting engineering industry, and currently on the executive team at Stratice Consulting Stanley is known for his ability to inspire and motivate a team, as well as his expertise in delivering on large-scale infrastructure projects such as government buildings, airports, highways, bridges, and power generation facilities.

“It’s a true honour to take on this role to promote the incredible work that consulting engineers do every single day,” stated Stanley as he accepted his new role at the ACEC Annual General Meeting in October. “I’m looking forward to building on the exceptional work of my predecessor, David Murray. Over the coming year, I will strive to further educate elected officials and all Canadians about our industry’s unparalleled ability to build a strong and sustainable economy, while connecting people and communities from coast to coast to coast.”