November 30, 2020   By The Canadian Press
Construction 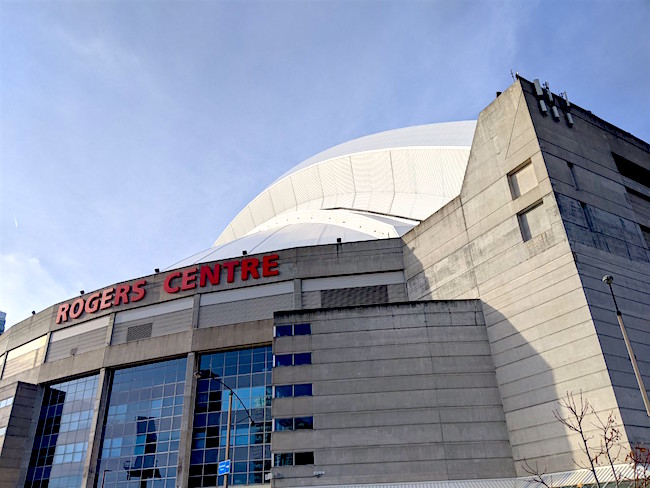 Once known as the SkyDone, the Rogers Centre opened at 1989 with seating for more than 50,000

TORONTO—Rogers Communications Inc. says it was exploring the future of its Toronto stadium before the COVID-19 pandemic hit, but the virus has caused it to put those plans on hold.

“Prior to the pandemic, we were exploring options for the stadium but through this year our primary focus has been keeping our customers connected and keeping our employees safe, so there is no update on the Rogers Centre to share at this time,” said the telecommunications company’s spokesperson Andrew Garas in a statement to The Canadian Press.

His remarks come after The Globe and Mail reported Nov. 27 that Rogers and Brookfield Asset Management Inc., were looking to tear down the stadium as part of a larger development project.

The two companies would build a new stadium half the size on the southern part of the current site and use the remaining land for residential towers, office buildings, stores and public space, the Globe said, citing unnamed sources.

The Globe also reported that Rogers and Brookfield were exploring the possibility of building a stadium along the waterfront if the development plan falls through on a slice of land called Quayside, where Google affiliate Sidewalk Labs once hoped to construct a tech-savvy neighbourhood.

“The news this morning was the first Waterfront Toronto has heard of the Quayside site as a potential new home for the Blue Jays,” said Andrew Tumilty, a spokesperson for Waterfront Toronto, the agency overseeing the development of the city’s lakefront.

Such a plan would need “extensive scrutiny” and require the organization to consider existing, approved precinct plans, as well as the size and shape of the site, he said in an email.