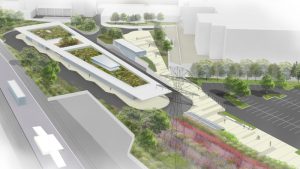 TORONTO – Infrastructure Ontario (IO) and Metrolinx have issued a Request for Proposals (RFP) to three prequalified teams to design, build and finance the Kipling Bus Terminal project. This station, located along the Milton Corridor in the City of Toronto, requires upgrades to accommodate the province’s planned expansion to the GO network, the largest commuter rail project in Canada.

Teams were selected based on criteria identified in the Request for Qualifications process that began in November 2016. Selection criteria included applicable design and construction experience and capacity to finance a project of this size and complexity.

The prequalified teams are:

Teams invited to respond to the RFP will begin preparing proposals that detail how they will design, build and finance the project. Once submissions are received, IO and Metrolinx will evaluate the proposals, select a preferred bidder and negotiate a final contract. A successful bidder is expected to be announced in fall 2017. A fairness monitor will oversee the entire procurement process.

A copy of the RFP is available at www.infrastructureontario.ca

The scope of work for the Kipling Bus Terminal project includes:

“We’re making improvements to the GO network to improve quality of life and shorten commute times. Today’s announcement is the next step of making this reality and is proof that our government is committed to improving our transit networks to make your commute quicker than ever before,” says Steven Del Duca, Minister of Transportation.