Quebec to impose provincewide curfew, but construction to remain open 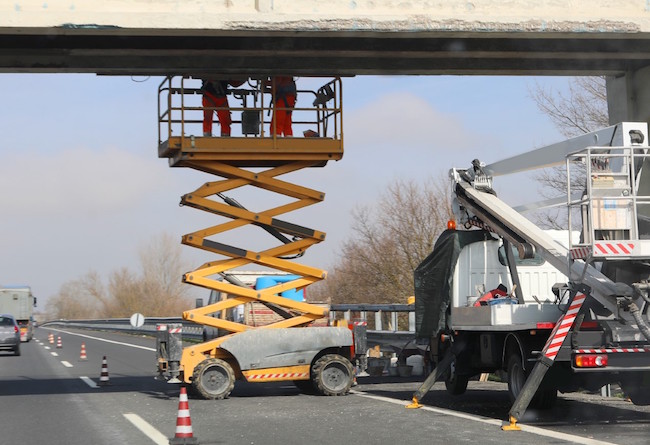 MONTREAL—Quebec Premier Francois Legault is imposing a provincewide 8 p.m. to 5 a.m. curfew beginning Saturday and for the next four weeks as a way to halt surging COVID-19 infections and hospitalizations.

Legault told reporters Jan. 6 he wanted to give Quebecers an “electroshock” regarding the critical situation in the province’s hospitals, which he said are overburdened with COVID-19 patients who are mostly over the age of 65.

Quebec will become the first in the country to impose such a drastic measure to curb the spread of the novel coronavirus.

The premier said that despite the fact schools, retail stores and many other businesses have been closed since December, COVID-19 infections continue to rise. He said the transmission is coming from private gatherings.

“We are obliged to provide a type of shock treatment so that people reduce their visits,” he said.

Legault says anyone found on the street after 8 p.m. without good reason would be subject to a fine of between $1,000 and $6,000. The premier says all non-essential businesses that he ordered closed in December will remain closed until at least Feb. 8, when the curfew is scheduled to be lifted.

Construction, as well as manufacturing, however, deemed essential last month, will be allowed to continue operating. The province said activities in each industry should be limited to meet current commitments and keep on-site crews to a minimum. Staff able to work remotely are obligated to do so. Legault said factories have been asked to postpone “non-essential” manufacturing. The type of production that will be designated “essential” will be decided, he explained, following discussions between manufacturers and government officials.

Legault also said primary schools will reopen as scheduled, on Jan. 11, and high school students will return to in-person learning the week after, on Jan. 18.

Earlier on Wednesday, Quebec reported 2,641 new COVID-19 infections and 47 more deaths attributed to the novel coronavirus. The Health Department said hospitalizations jumped by 76, to 1,393 — the largest number since late May — and 202 people were in intensive care, a rise of eight.

Dr. Donald Sheppard, chair of the microbiology and immunology department at McGill University, says Quebec’s health-care system is under heavy strain, adding that surgeries and cancer screenings are being put off and intensive care units are filling up.

“The biggest worry is, eventually, if we don’t do anything, we’ll get to the point where it’s going to be the decision where we have two patients, one ventilator and someone has to decide,” Sheppard said in an interview Wednesday.

He said the impact of cancelled procedures is already being felt: breast cancer patients are presenting with larger tumours than they were before the pandemic, a sign that they’re being diagnosed late.

Quebec’s INESSS institute, a government-mandated health-care think tank, warned on Dec. 31 that hospitals in the Montreal area are likely to run out of dedicated COVID-19 beds within three weeks.

“Our hospitals are on the verge of a breaking point,” Roxane Borges Da Silva, professor of public health at Universite de Montreal, said in an interview Wednesday. The “partial measures” currently in place in Quebec, she said, have had “no effect on the increasing trend of cases.”

Much of Quebec, including the province’s largest cities, has been under partial lockdown since October, when bars, restaurant dining rooms, gyms and entertainment venues were closed. In December, Legault closed all “non-essential” retail stores and extended the winter break for elementary and high school students.

But while those measures slowed the spread of the virus, they didn’t “render the curve flat,” Sheppard said.

He said the majority of outbreaks documented by public health have been in workplaces and schools and said while some cases may be due to people breaking the rules, he doesn’t think enough people are having illicit parties that would result in more than 2,500 cases a day.

Speaking before Legault’s evening news conference, Sheppard said he supported shutting workplaces and schools, but said he didn’t understand why a curfew was being considered. He said Legault needed to clearly justify why a curfew is needed to significantly reduce transmission.

Borges Da Silva, however, said she thinks a curfew makes sense because it will force people to ask themselves whether it’s really worth it before they go out and, for example, have a beer with a friend. She said she believes that illicit gatherings over the holidays have had a major impact on the spread of COVID-19 in the province.

Borges Da Silva said she would have liked to see the government act sooner, adding that a “circuit breaker” lockdown during the winter school break could have avoided the need to begin a hard lockdown in early January, which she said will be more disruptive.

Quebec has reported an average of 2,597 new cases a day over the past week, Health Minister Christian Dube said on Twitter Wednesday.

That figure represents 300 cases a day per million people — more than any province in Canada. The next highest is Alberta with 233.8 cases per million, followed by Ontario with 221.9, according to a report released Wednesday by National Bank Financial Markets based on data from Johns Hopkins University.

Officials said 6,221 doses of vaccine were administered Tuesday, for a total of 38,984. Quebec has reported 217,999 COVID-19 infections and 8,488 deaths linked to the virus since the beginning of the pandemic.

—With a file from On-Site staff