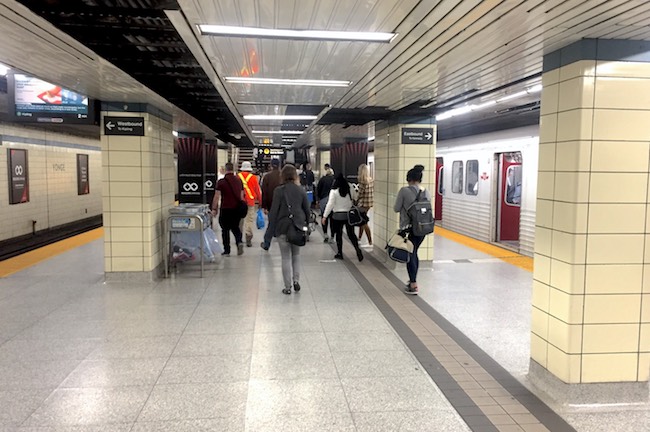 The proposed levy would help to fund transit expansion and affordable housing projects.

A proposed levy, called the City Building Fund, has been backed by Mayor John Tory. If implemented, it would increase property taxes for homeowners from 0.5 per cent to 1.5 per cent in 2020 and 2021.

In a news release, Tory’s office said this will cost the average Toronto household some $43 a year (12 cents per day).

On Dec. 11, the levy was backed by the City’s executive committee, which is responsible for managing the City’s budget and financial planning, through an unanimous vote. The proposal is set to go before city council on Dec. 17 for final approval.

“Over the past year it has become more clear as we’ve examined and agreed upon a long term transit plan, and as we addressed and put forward an action plan for affordable housing, that we need to invest in our future,” John Tory said at a press conference on Dec. 11. “We’re saving millions of dollars a year and will continue to… but we need billions not millions to build the housing and the transit that can protect Toronto’s success.”

The revenue collected from the levy would go towards much-needed affordable housing projects, as well as the nearly $30 billion needed to upgrade and extend the Toronto subway network. Following the press conference, the Carpenters District Council of Ontario expressed their support for the plan.

“These new city infrastructure funds are clearly earmarked so that residents— and the rest of the Province— can see real, concrete results,” Mike Yorke, president of the Carpenters District Council Ontario, said in a release.

I am proposing to extend the City Building Levy further into the future to raise billions of dollars to invest directly in our transit system – including new subway cars, streetcars, station improvements & signal upgrades – & in building more affordable housing across our city. pic.twitter.com/uwV6LgAEMm

The funds from the levy would be collected over the next six years and would be dedicated for transit and affordable housing within the City.

In addition to funding the city’s much needed transit additions and repairs, the additional funds towards affordable housing would create direct dividends in both healthcare and police cost savings, where emergency wards and jails are often used as a form of shelter for homeless and under-housed residents.

“Infrastructure investment creates a ripple effect,” Yorke said. “It’s a win-win for the economy and for the city.”