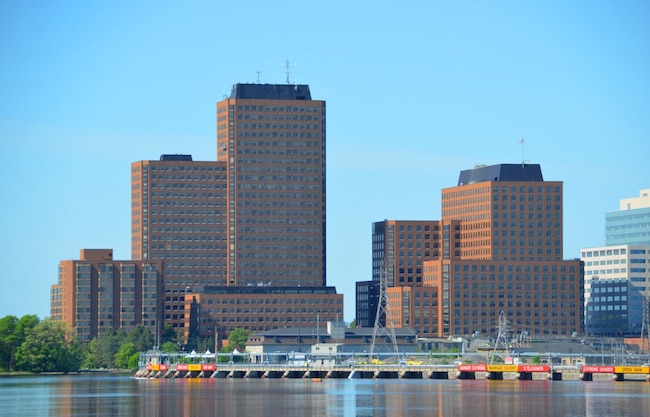 GATINEAU, Que.—One of the most recognizable sets of office towers in the Ottawa area is poised to undergo a major facelift.

The federal building facility was originally built in 1978 and sits just across the Ottawa River from Parliament Hill. It houses thousands of workers from Canadian Heritage, the CRTC and the Canadian Transportation Agency, among others, in three brown-bricked buildings, the tallest of which stands 30 storeys. 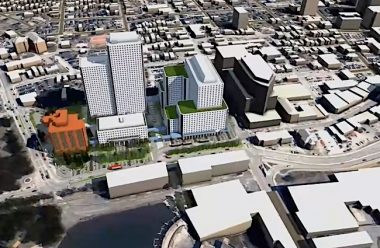 A rendering of the new exterior. PHOTO: PSPC

“Today marks another important step toward reimagining the design and use of this downtown Gatineau complex,” said Steven MacKinnon, the MP for Gatineau and the the parliamentary secretary to the minister of PSPC. “This much-needed work will transform and rejuvenate the complex for the 21st-century needs of the public service.”

The overhaul involves replacing the roof, exterior brick walls and windows in each building. Design work for the project has been underway since 2017, with the approval of the final design coming last week.

Currently, overhead protection is in place on the site to shield pedestrians from the crumbling brick veneer. The original construction method has caused premature cracking in the bricks and requires regular maintenance, the government says.

The recladding project will replace the bricks with a predominantly glass and aluminum facade. It will allow the overhead protection to be removed, the regular maintenance to cease and the complex’s inner courtyard to reopen.

Construction on the project is scheduled to start this fall. Work is expected to run until winter 2024, with the government agencies and other businesses located in the LTDLC complex remaining open during construction.

A separate project to redo the interior of the federal facility is also being planned.