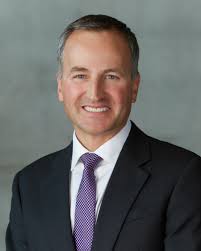 David Filipchuk, president and CEO of the PCL family of companies.

Edmonton, Alberta — Dave Filipchuk, president and CEO of the PCL family of companies, announced the following leadership appointments within the Office of the CEO. Succession transition has officially taken place for its leadership positions of COO, Canadian Operations, and COO, Heavy Industrial.

Mike Wieninger is promoted to chief operating officer, Canadian Operations, responsible for PCL’s Buildings and Civil operations across all provinces. He is a member of the Office of the CEO and brings over 20 years of experience with the company to his new position. Mike was most recently PCL’s executive vice president, Canadian Buildings, and before that was Toronto’s senior vice president and district manager. Mike holds a bachelor of science degree in civil engineering from the University of Calgary and is a registered professional engineer with the Association of Professional Engineers and Geoscientists of Alberta.

Roger Keglowitsch is promoted to chief operating officer, Heavy Industrial, and is a member of the Office of the CEO. As chief operating officer Roger is responsible for PCL’s heavy industrial operations across North America. Roger joined the PCL family in 1992 and since that time has served in various capacities of increasing responsibility. Roger holds a degree in mechanical engineering from the University of Alberta and is a certified journeyman plumber pipefitter.

Chris Gower moved into the role of chief operating officer, Buildings, last November and oversees the performance of PCL’s buildings operations across all borders. He will continue in this role, and Mike Wieninger, in his new position, will report to Chris. Chris has been with PCL for 22 years; he is an alumnus of Fanshawe College and is a CCA Gold Seal certified estimator and project manager.

“PCL takes succession seriously at all levels of our organization, and we make sure the right people are in the right place to preserve continuity in our business,” said PCL president and CEO Dave Filipchuk. “While we are saying good-bye to Rob Holmberg’s and Ian Johnston’s years of experience, we are excited that Mike’s and Roger’s extensive knowledge of our company and industry ensures a seamless transition.”

The PCL family of companies would like to congratulate and express its sincerest gratitude to Rob Holmberg and Ian Johnston, who are retiring from their respective positions of president and COO, Canadian and Australian Operations, and COO, Heavy Industrial. Both have been instrumental in establishing and maintaining PCL’s leading role in the construction industry.