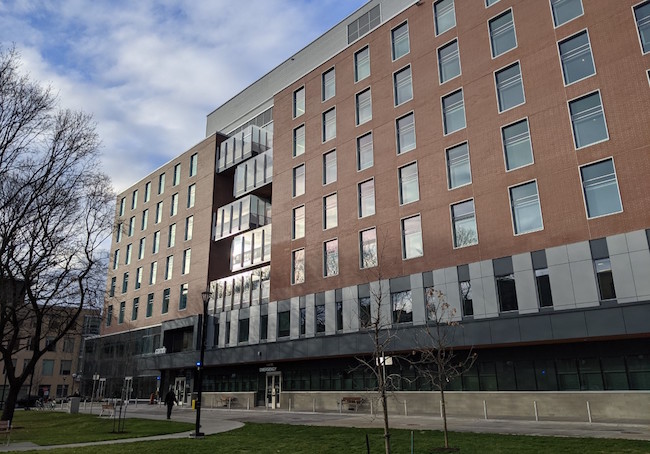 Two new buildings at the Centre for Addiction and Mental Health (CAMH) have opened their doors after three years of work.

PCL Construction, the design-builder for the project, said Nov. 25 it had wrapped up construction on the new facilities, which are part of $685 million redevelopment on the west end of downtown Toronto.

The new Crisis & Critical Care Building and the McCain Complex Care & Recovery Building cover a combined 600,000 sq. ft. and include 235 in-patient beds. A new emergency department — twice the size of the previous one on CAMH’s nearby College Street campus — along with inpatient mental illness units, telemedicine outreach services and a “Therapeutic Neighbourhood” are among the spaces included in the new facilities.

Delivered through the P3 model, the new buildings are part of a four-stage redevelopment project at the mental health and addiction teaching hospital stretching back to 2006. Other members of the build team include Plenary Group, which served as the developer alongside PCL; Stantec Inc. as the designer; and Engie Services Inc. as the facility manager over a 30-year maintenance term.

“I’d like to commend our partners and over 450 tradespeople whose commitment to safety enabled us to complete two facilities on an active hospital campus during a global pandemic, with over 1.5 million hours worked without a lost time injury,” said Bruce Sonnenberg, PCL’s vice-president and district manager, in a release.

As staff move into the new facilities, the demolition of several older campus buildings will clear the way for a fourth phase of redevelopment at CAMH. A contract for this final phase of work, known as Phase 1D, has not yet been awarded.