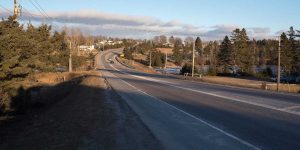 The Clyde River Bridge replacement, located in the Municipality of Clyde River, P.E.I., is one of several projects announced.

The first round of provincial government tenders for Prince Edward Island’s (PEI) 2018 construction season have been released.

The projects represent an investment of over $8 million in Island communities, and are a portion of the $42 million the province will invest during the 2018-19 construction season.

“Our government has placed a priority during the past several years, on investing in our province’s road network, and that work continues this construction season,” said Paula Biggar, transportation, infrastructure and energy minister.

Tenders for the 2018 construction season include:

The tenders are available at www.princedwardisland.ca/tenders.

The province has invested over $120 million in capital road and bridge improvements since 2015, including construction of nine roundabouts, construction or rehabilitation of 16 bridge structures and over 120 milometers of roadway paving.

“These investments keep travelers safe, help our traditional industries get their products to market, and demonstrate what makes us a mighty Island – how we work together, despite our small size, to make big things happen,” said Biggar.