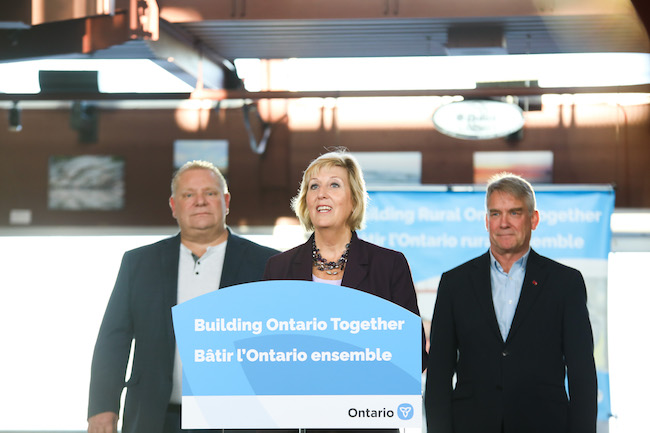 The Ontario government has announced a $200 million investment towards infrastructure in northern communities.

The investment was announced by Premier Doug Ford and Laurie Scott, minister of Infrastructure, on Jan. 17. The funds will come from the Ontario Community Infrastructure Fund (OCIF) and will help 424 small, rural and northern communities build and repair local infrastructure such as roads, bridges and water infrastructure.

“Ontario’s economy is thriving, but we must ensure every person and every region across the province can share in this prosperity,” Ford said in a release. “Investing in infrastructure is critical to helping rural communities attract, support and sustain economic growth and job creation.”

“Today’s announcement provides the predictable and stable infrastructure funding small, rural and northern municipalities have requested,” Scott said in a release. “With this OCIF funding, we are working directly with our municipal partners to help them build much-needed community infrastructure.”