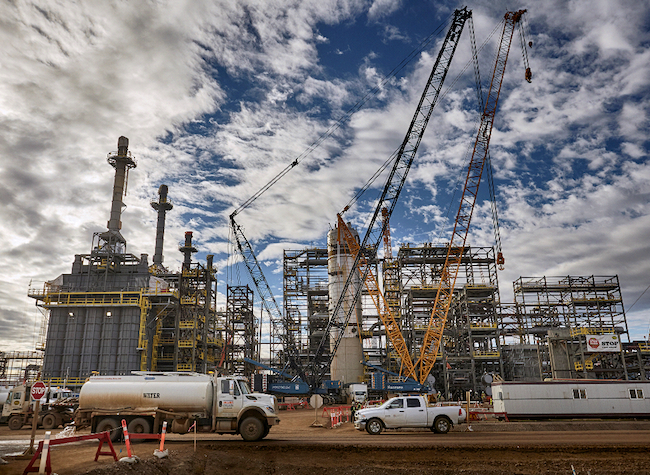 CALGARY—Higher oil prices and signs that pipelines will be built to take growing production to market are fuelling optimism among oilsands producers as they roll out second-quarter results.

The brighter picture is reflected in news that Husky Energy Inc. is increasing its dividend for the second time since reinstating it in April, along with reports of record production at Cenovus Energy Inc. and a faster-than-expected ramp up of Suncor Energy Inc.’s new Fort Hills oilsands mine and Hebron East Coast offshore oil project.

“The dividend increase is a reflection of our board’s confidence in our financial framework and ongoing reductions in our cost structure,” said Husky CEO Rob Peabody on a conference call Thursday, adding he is seeing “a more constructive outlook” ahead for oil prices.

The optimism comes despite setbacks reported by all three companies in their second-quarter updates.

“As long as the pipes continue to advance and we see rail sop up some of that pipeline deficiency, it’s starting to feel like things are looking up on the upstream side,” said Cenovus CEO Alex Pourbaix in an interview.

Cenovus is shipping more oil by rail but Pourbaix wouldn’t say how much—this week, the National Energy Board reported that Canadian crude-by-rail exports rose to a new record of 198,788 barrels per day in May, up from 193,468 in April.

Enbridge Inc.’s $9-billion Line 3 pipeline replacement project, expected to add about 375,000 bpd of export capacity into the United States in late 2019 or early 2020, cleared its last major regulatory hurdle at the end of June when it was conditionally endorsed by Minnesota state officials.

Meanwhile, prospects for the Trans Mountain pipeline and its expansion project are improved after the federal government agreed to buy it for $4.5 billion.

A cloud hanging over the industry is the fear that higher-than-usual discounts in price on western Canadian crude will reappear this fall as production rises in the wake of short-term maintenance shutdowns and Syncrude repairs, thus stretching pipeline capacity tight again, said Williams.

Lower activity in the oilsands region is having an impact on construction costs, with Cenovus reporting its 50,000-bpd Christina Lake expansion project is now expected to cost $675 million, down about $175 million from its previous estimate, when it comes on stream in late 2019.

A lower Canadian dollar is helping oilsands companies who sell their product in American currency but pay most of their expenses in Canada.

All three companies reported strong results from their refining and marketing arms in the three months ended June 30.