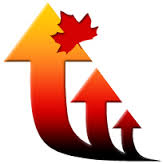 ICI construction costs on the rise in Canada

The composite price index for non-residential building construction rose 0.5 per cent in the second quarter compared with the previous quarter, according to the latest report from Statistics Canada.

This increase was mainly due to higher material prices and labour costs, says StatsCan.

All seven census metropolitan areas (CMAs) surveyed were up with Ottawa–Gatineau, Ontario part (+0.9 per cent) posting the largest increase, followed by Halifax (+0.7 per cent). Calgary (+0.3 per cent) posted the smallest increase.

Click here for the detailed report from Statistics Canada.

Selling prices include costs of materials, labour, equipment, provincial sales taxes where applicable, and contractors’ overhead and profit. The cost of land, land assembly, design and development as well as real estate fees are excluded. Value added taxes such as the Federal Goods and Services Tax and the Harmonized Sales Tax are excluded.

With each release, data for the previous quarter may have been revised. The index is not seasonally adjusted.

With each second quarter data release, the annual weights of the index have been updated.