Geoff Smith’s Blog: Nobody Has A Clue (Except Maybe You) 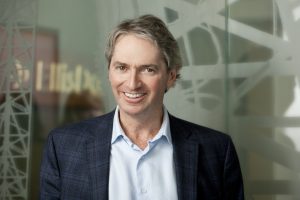 My predictive abilities are zero. But it’s not so bad, so are everyone else’s. It took me about four decades to figure out that nobody at all really has any clue about what’s coming. The most useful thing seems to be knowing what’s happening right now. Like, now, at this very minute.

Pretty early in my career, my Dad took me along for a meeting with Cedric Ritchie, the CEO of The Bank of Nova Scotia. I was in relative awe, anxious to learn at the feet of a titan. Instead, the meeting mostly consisted of Mr. Ritchie (everyone was very polite back then) plying my Dad with questions rather than the other way around.  What’s happening out there?  How’s the construction market? Are we getting paid?  How are the subs doing? I was blown away. Why would a Canadian bank CEO be asking little old EllisDon about the state of economy? The answer of course was that the very smart Cedric Ritchie knew that all the finely written reports he was getting were either about the past or were just guesses. He needed to know what was going on right now, and the only way to find out was to ask the people right on the front lines. Which also explained why he took the meeting in the first place.

A couple of years ago, I read Ben Bernanke’s book about the 2008 financial crisis. In it, he proclaimed that even with all the intellectual and historical resources available to US Federal Reserve, they could only accurately predict what the US economy was going to do for the next two quarters. Which of course means he was admitting that they couldn’t predict anything, and that’s why they didn’t see the Great Recession looming. (It did occur to me that he might have asked those guys in The Big Short, but we’ll leave that one alone.) But: If the US Fed doesn’t know what’s coming, does anyone?

And finally, about seven months ago, I was asked to give a brief update on the Canadian construction industry to about 150 of the Canada’s top CEOs. This was important. These are EllisDon’s key clients and opinion leaders; I wanted to get it right. So I read all the research and all the economic predictions for the economy and my industry, by province and by sector (blah, blah) and confidently predicted several years of moderate growth, meaning that construction prices would rise very slowly and labour would be plentiful – a great environment in which to build. And of course, within about three months, it was clear that I’d been quite wrong. Canadian growth ticked up, the Ontario building economy started to take off, with a renewal of office tower construction, continued strength in high rise and single family residential, more imminent infrastructure work than I had thought, and as a result, rising subcontractor and supplier prices and a coming shortage of labour resources.  Oops. Bitten by the Bernanke rule.

But here’s the good news (sez me).  If you are paying close attention to what is going around you every day, then you know as much as the experts, because they have no better access to the ‘front lines’ than you do.  Of course you don’t know what’s going to happen, but hey, neither do they.  Are the stores full?  Are all your friends turning to online shopping?  Did your sister have to line up for that condo purchase or was she welcomed into an empty sales centre?  Are your friends’ kids having trouble finding good jobs, or weighing several offers?

Of course, the big trends are very important. The globe is warming, causing us all great danger. The world is digitizing, industries and very many jobs will be disrupted (a nice word meaning ‘wiped out’). The population is aging, etc.  Ignore these at your peril. But what exactly will be the result of all these trends? Trust me on this: Nobody has a clue. If you have your ear to the ground, your guess is likely as good as anyone’s.

I think I’ve finally learned to pay serious attention to trends and what’s happening ‘at the front’, but to ignore all the predictions. I’ll make my own bad guesses, thanks very much. And try to stay nimble.

I only wish I’d paid more attention to Ced Ritchie.  He looked really old to me, but that boy had his running shoes on.


Related Stories
Geoff Smith’s Blog: A few words on lying
What’s keeping EllisDon CEO Geoff Smith up at night?
EllisDon’s Geoff Smith has taken up blogging: The Problem With Gretzky
Ritchie Bros.’ CEO Peter Blake to step down in May 2014