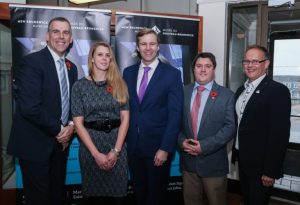 The government of New Brunswick has announced it will commit $50 million toward construction of a new provincial museum in uptown Saint John.

“Your government recognizes that money invested in infrastructure helps create jobs and grow our economy,” said Premier Brian Gallant in a media release. “The New Brunswick Museum promotes culture and our important tourism industry. It attracts upwards of 100,000 people annually between its two facilities. It is for these reasons your government is committed to the construction of a new, state-of-the-art museum that will bring all components of the New Brunswick Museum under one roof.”

The government will seek additional funding from the federal government and the private sector.

The scale and precise location of the project will be determined based on commitments from other partners, with the goal of beginning site work in spring of 2018.