Naloxone kits to be required in Ontario

“High risk” businesses in the province will be required to have Naloxone kits on their jobsites as of June. 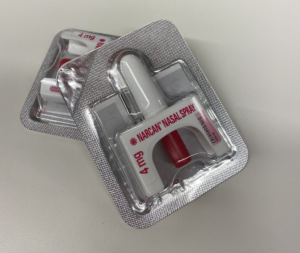 Employers in Ontario will need to provide Naloxone kits in workplaces considered to be at high risk for opioid overdoses as of June 1. The province’s labour minister, Monte McNaughton, explained that this is the latest in the government’s efforts to curb the risk of opioid overdoses. Government figures indicate that there were more than 2,800 opioid-related deaths in 2019.

As part of the government’s new mandate, employers must provide a naloxone kit when they should reasonably know there is a risk of an overdose on a site, or if there is a risk of an employee or other worker overdosing while performing work for the employer. Naloxone is a medication that quickly reverses the effects of an opioid overdose by restoring breathing. It can either be injected in a muscle or given as a nasal spray.

“Ontario, like the rest of Canada, is in the middle of an opioid epidemic made worse by a toxic supply of recreational street drugs,” said McNaughton. “That’s why our government is the first in North America to require naloxone kits be accessible in at-risk workplaces.”

Of the workers who died from opioid-related causes in Ontario last year, 30 per cent were employed in the construction sector. The government says that bars and nightclubs have also seen increased opioid usage and accidental overdoses, often because of recreational drugs being laced with deadly opioids, such as fentanyl and carfentanil.

Ontario will provide free nasal spray naloxone kits to businesses at risk of opioid overdoses through the Workplace Naloxone Program, along with free training to employers. Eligibility for the program and the parameters for employers to self-evaluate their business’s risk level is available on the provincial website.