Nadia Todorova takes over as head of RCCAO 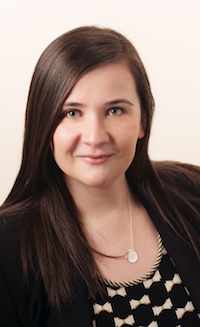 The interim leader of the Residential and Civil Construction Alliance of Ontario (RCCAO) will be taking on the role permanently.

The RCCAO’s board of directors announced the appointment of Nadia Todorova as executive director of the infrastructure investment advocate March 10. Todorova assumed leadership of the RCCAO on a temporary basis following Andy Manahan’s departure from the role last November after a 14-year tenure.

“She has been an integral part of our organization for almost three years now and has proven herself to be a tireless advocate for infrastructure and issues that are important to Ontario’s construction industry and our many employees,” board chair, Peter Smith, said in a release.

Prior to taking on the interim executive director role, Todorova spent two 1/2 years spearheading the RCCAO’s government relations work. Prior to joining the industry group she held roles within the Ontario Chamber of Commerce, the Ontario Road Builders’ Association and the Ontario Ministry of Infrastructure.

“I am incredibly humbled to take on the leadership of RCCAO and I am thankful to the board of directors for putting their trust in me to lead the very important work of the organization,” Todorova said in a release. “Although the pandemic has created challenges, I see many opportunities for RCCAO’s growth and success. I look forward to leading RCCAO as it continues to make a significant positive impact on Ontario’s infrastructure agenda.”