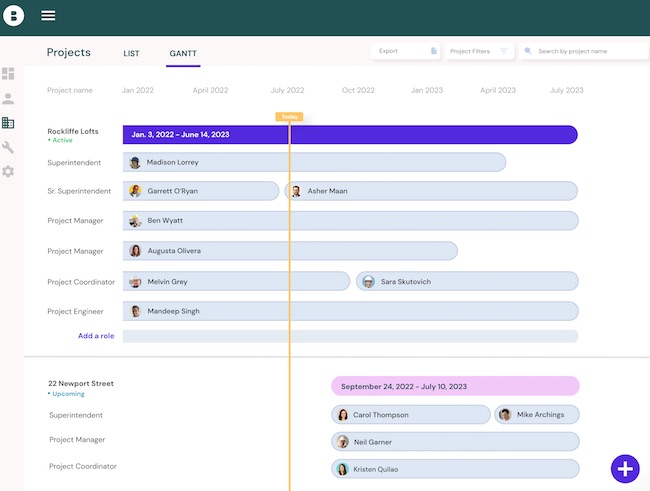 The software replaces older tools such as spreadsheets. PHOTO: Bridgit

Canadian staff at Multiplex are being overseen by a new software tool designed to help guide the contractor’s resource planning.

The Brookfield-owned company said July 28 it has launched Bridgit Bench across its Canadian operations, allowing it to stay a step ahead on its resource strategy for its roughly 115-person workforce.

“The insight Bridgit Bench has given us from an operations standpoint is invaluable,” said Pedro Duarte, director of operations for Multiplex Canada, in a release. “In one click, in one place, we are able to see a full picture of our workforce across all projects, plan resources for future projects, and make informed decisions based on real-time information.”

The tech tool from the Kitchener, Ont.-based firm eliminates older software like spreadsheets, giving builders the ability to easily keep tabs on staff. It also offers features such as pursuit tracking, and scenario running, replacing what were often manual, error-prone processes.

“Today’s forward-looking businesses are fueled by data and intelligence,” Lauren Lake, COO and co-founder of Bridgit, said in a release. “Multiplex has a rich history of innovation and it is incredible to see Bridgit playing a role in finding new ways to put people first and build a winning workforce.”