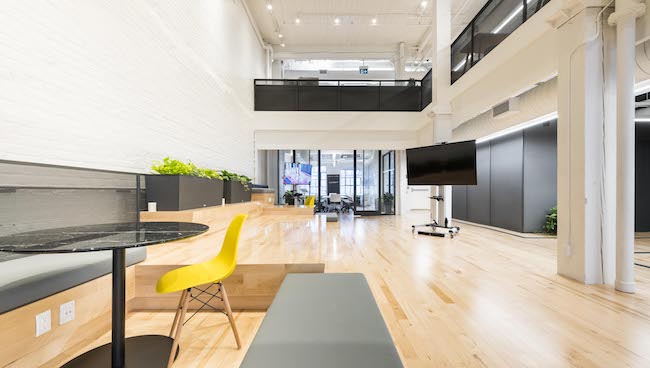 A three-storey fit up project for an artificial intelligence company is among the recent projects JCB has completed in Toronto. PHOTO: JCB Construction

JCB Construction Canada has put down roots in Toronto.

The contractor based in Brossard. Que. — across the Champlain Bridge from Montreal — officially announced the new office on King Street in the east end downtown Toronto Feb. 18, though the new site has been operating since last spring.

JCB Construction takes on a range of commercial, industrial, institutional and multi-unit residential building projects. While it has been active in the Toronto area for about 10 years, the office will let it to scale up its business in the GTA. Previously, it’s worked on numerous projects in Toronto for clients such as BMO Bank of Montreal, Yellow Pages and Mark’s (known as L’Équipeur in Quebec).

The contractor said vice-president and general manager, Benoit Labelle, will oversee the new branch. Labelle will divide his time between Toronto and the company’s headquarters on Montreal’s South Shore.