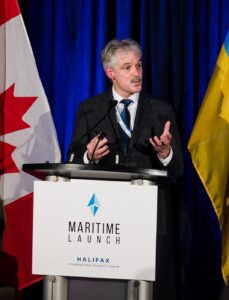 Nova Scotia is a step closer to becoming a global destination for commercial space launches as Maritime Launch Services (Nova Scotia) Ltd. received approval to begin construction of Spaceport Nova Scotia, Canada’s first commercial spaceport. The company is looking to position Canada, and Nova Scotia, as a global leader in low-earth-orbit satellite communications, bringing jobs and prestige to the province.

To receive approval, Maritime Launch had to satisfy conditions related to construction of Spaceport Nova Scotia within an environmental assessment approval that was granted in 2019. The launch facility will be built on crown land in accordance with a 20-year lease of approximately 335 acres near the rural communities of Canso, Little Dover and Hazel Hill. The lease includes an option for a 20-year renewal based on compliance with terms and conditions.

“Nova Scotia is the safest and most globally competitive location to launch satellites into space and today we are closer to realizing this potential,” stated Stephen Matier, president and CEO of Maritime Launch. “We are grateful to the team of global experts in design, construction, environmental protection and spaceport operations who have been working with us every step of the way to develop a world class launch site with a focus on safety and environmental stewardship.”

“This is a good day for Nova Scotia — particularly rural Nova Scotia — as Spaceport Nova Scotia will create many jobs, education and partnership opportunities while boosting the province’s economy,” said Tim Houston, premier of the province. “We’re proud to be a destination for the growing and competitive global commercial space industry.”