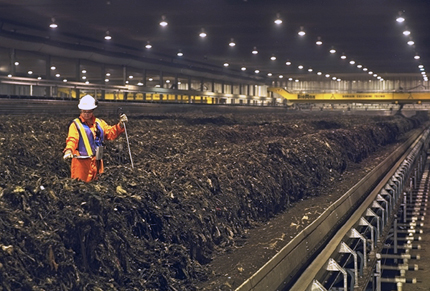 Calgary is building Canada's first P3 organic processing facility, similar to the currently operating in Edmonton. Maple Reinders Group has a 50 per cent stake in the project.

General contactor, Maple Reinders Group, is part of the Chinook Resources Management Group consortium which has been selected as the preferred proponent to design, build, finance and operate an organics waste composting facility for the City of Calgary.

“Maple Reinders has designed, built and operated composting facilities across Canada and is very excited to have the opportunity to be involved in the first P3 type composting facility in Canada,” Mike Reinders, President of Maple Reinders Group. With a lead role in the Chinook consortium, this project demonstrates our commitment to the environmental market as both a design-builder and developer.”

The facility will process 100,000 wet tonnes per year of source separated organics, leaf and yard material as well as approximately 45,500 wet tonnes per year of biosolids. Elements of the project will achieve LEED gold certification. The consortium expects to reach financial close in late June, 2015 and a contract award from the City of Calgary so that construction can commence shortly thereafter with a scheduled completion date in late 2017.