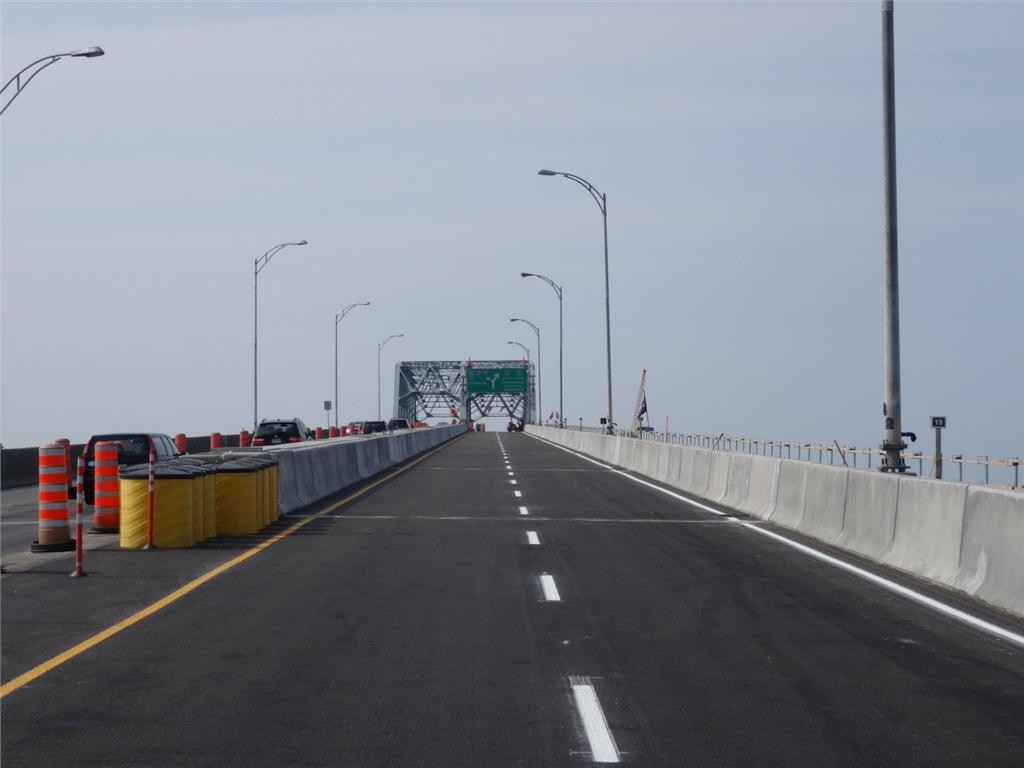 Construction crews have completed several major works on the Honoré-Mercier Bridge in Montreal on schedule.

Crews worked 20 hours per day over two work shifts during a seven-week period to replace a large portion of the deck on the federal section of Honoré Mercier Bridge near Maline Island, which leads to the South Shore.

Construction workers installed new prefabricated concrete deck slabs, with a lifespan of about 75 years, which will provide a significant facelift to the existing deck.

They also built a new crossover to facilitate managing traffic and make it easier to set up contraflow traffic lanes during the next phases of construction work.

Here is a summary of the recent works: