November 1, 2017 by Government of Ontario 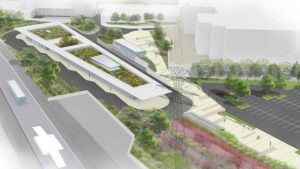 Ontario is making it easier for commuters and families to get around the Greater Toronto and Hamilton Area (GTHA) by redeveloping Kipling Station into a major new transit hub that connects subway, regional rail, and inter-regional bus services within a single station.

Steven Del Duca, Minister of Transportation, was joined by Peter Milczyn, MPP for Etobicoke-Lakeshore, Yvan Baker, MPP for Etobicoke Centre, at Kipling GO Station today to announce that the province has moved into the next phase of procurement with the close of the request for proposals to design and build the hub.

“With this next step, we are closer to providing an important mobility hub that will benefit commuters and get people where they are going sooner. This is proof our government is committed to improving transit networks to enhance our quality of life,” said Del Duca

Ontario is integrating the subway, GO train and local and regional bus services, including GO, TTC, and MiWay services, into a single mobility hub that will include a new terminal and better access for drivers, cyclists, and pedestrians.

The new hub is part of the largest rail project in Canada as Ontario transforms GO from a commuter transit system to a regional rapid transit system. Weekly trips across the entire GO rail network will grow from about 1,500 to nearly 6,000 by 2024-25, with more frequent rush-hour service coming to the Milton line.

The province is also cutting the cost of commuting for people in the Greater Toronto and Hamilton Area. Starting in January 2018, adult, senior, youth and student commuters will pay a TTC fare of just $1.50 when they use a PRESTO card to transfer between GO Transit or the UP Express and the TTC.

Investing in public transit to make it faster and more convenient for commuters and families is part of our plan to create jobs, grow the economy and help people in their everyday lives.