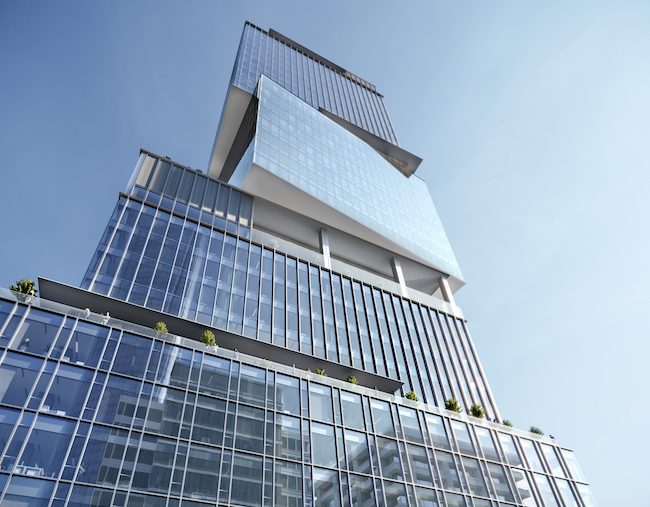 A rendering of the building in Vancouver’s Coal Harbour neighbourhood. It will top out at 162-metres (530-feet). PHOTO: Oxford Properties

VANCOUVER—Construction is officially underway on a new high-rise in downtown Vancouver expected to become the tallest office building in the city.

The tower’s developers held a groundbreaking for the project June 20, kicking off a construction period scheduled to take about three years. Ledcor Group is taking the lead on-site as the project’s general contractor.

Known as the Stack, the building extends upward through a series of four stacked boxes and will rise 162-metres (530-feet) at 1133 Melville St. in Vancouver’s Coal Harbour neighbourhood.

James Cheng Architects and Adamson Associates Architects served as the building’s designers and have set out ambitious green building targets for the office tower. As well as aiming for a LEED Platinum designation, the project is one of 16 taking part in the Canada Green Building Council’s (CaGBC) Zero Carbon Building Pilot Program.

Oxford Properties, the real estate arm of pension fund OMERS, and the Canada Pension Plan Investment Board (CPPIB) are the driving forces behind development, each holding a 50 per cent stake in the project. 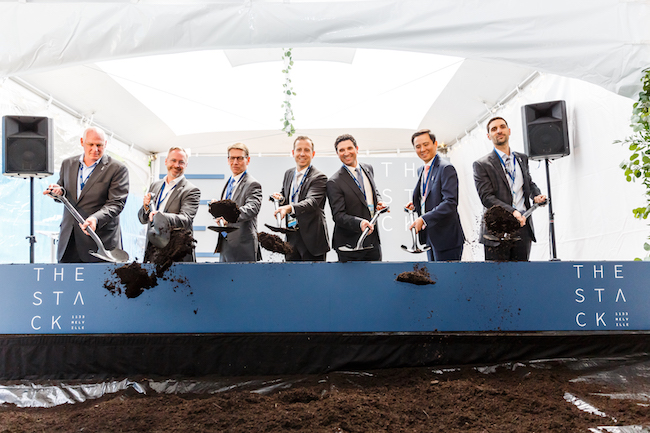 The developers held an official groundbreaking for the project June 20. PHOTO: Oxford Properties

The building’s four stacked boxes will incorporate about 10 storeys each, while the tiered design allows for six outdoor terraces. All told, the Stack will have 540,000 sq. ft. of floor space, with a number of prominent clients already having leased space.

The start of construction on the project is another step in the Vancouver skyline’s slow creep upward.

Crews are aiming for early 2022 to complete the new building.

Related Stories
Construction on ‘The Stack,’ set to become Vancouver’s tallest office tower, to begin next year
Tallest tower in Canada outside Toronto rises in Edmonton
Construction crews near finish line on two-tower project that will be Toronto’s tallest outside downtown core
Construction of the tallest wood condo tower in North America officially begins