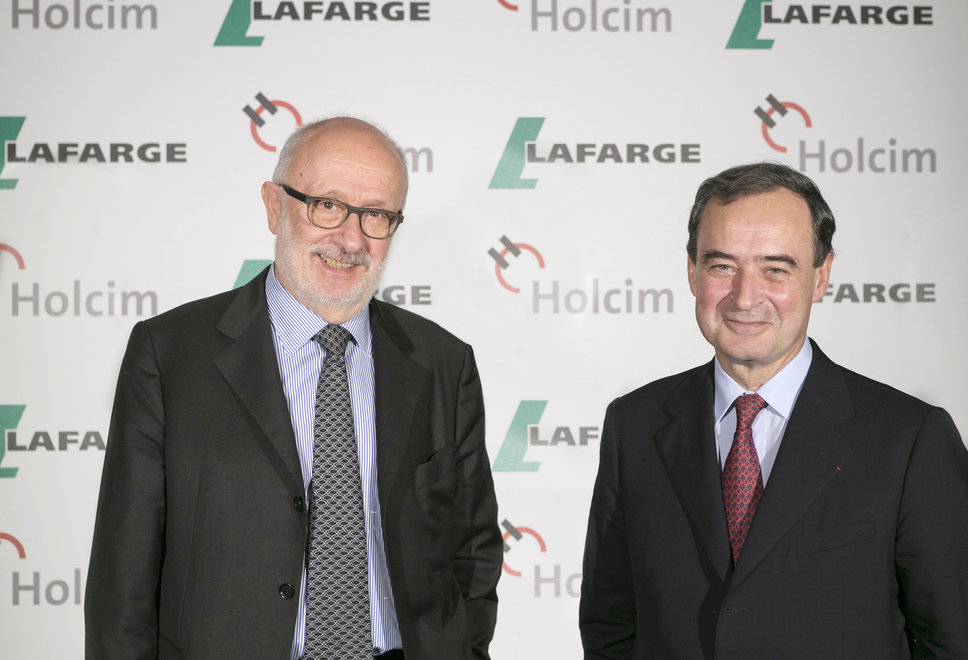 Rolf Soiron, current chairman of Holcim, and Bruno Lafont, chairman and CEO of Lafarge, at the press conference announcing the merger in Paris on April 7.

Lafarge and Holcim have announced plans to join the two companies through a “merger of equals” to create LafargeHolcim, which would have a combined US $44 billion in annual revenues.

The merger of the Swiss-based Holcim and the French-based Lafarge would position the newly created company to best address the challenges of urbanization such as affordable housing, urban sprawl and transport. It would create the most advanced group in the building materials industry sector, including cement, concrete and aggregates.

LafargeHolcim will also be “uniquely positioned in 90 countries around the world with a balanced exposure to both developed and high growth markets,” according to the official press release.

Wolfgang Reitzle will serve as chairman of LafargeHolcim, while Bruno Lafont will be CEO and a member of the board of directors. The 14-member board of directors will consist of seven individuals from Lafarge and seven from Holcim. The new company would be headquarted in Switzerland.

The deal is expected to close in the first half of 2015, subject to regulatory approval.

Holcim, Lafarge assets sold to Irish-based CRH for $7.3B