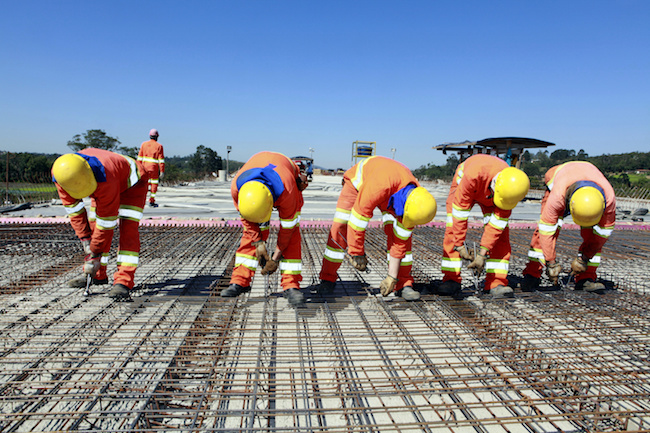 TORONTO—Construction industry experts are scratching their heads over a Statistics Canada report which found that their sector shed 16,400 jobs last month, when they say they’re facing a wealth of openings and a lack of workers to fill them.

The government-run data agency announced last week that its national Labour Force Survey of 55,000 households found the industry’s employment level took a 1.7 per cent tumble, decreasing to 518,700 in August from 527,500 in July.

Ottawa Construction Association President John DeVries said the data is a stark contrast from the stories of a “tight” labour market that he has been hearing about lately in the province. Ontario alone accounted for roughly half of the construction industry’s job losses.

“I get calls from contractors saying, ‘I am starting up a job and can’t get labourers or carpenters. There is a search for people that are experienced,” he said.

“It is hard to ramp up the labour forces real quickly, so you will hear construction people whine and cry about shortages.”

StatCan analyst Marton Lovei said a portion of the decline was driven by residential construction and building equipment contractors, but that the downward trend was “relatively broad” within the industry.

He said it mirrored StatCan findings that looked at most industries across the province and found overall 80,100 jobs were lost last month after a boost of 60,600 jobs in July.

The August decrease, a drop of 1.1 per cent, was by far the biggest decline among the provinces. It pushed Ontario’s unemployment rate up to 5.7 per cent, from 5.4 per cent.

The construction-specific numbers were a surprise to Ian Cunningham, the president of the Council of Ontario Construction Associations.

The industry is operating at “all-time highs” and August is one of the sector’s busiest seasons because the weather is conducive to outdoor work like construction, he said.

“I don’t know why there would be a lull at this period of time,” he said. “There are no work stoppages that I am aware of.”

Cunningham said he is not worried about the drop in jobs being a trend because it was such a small dip that he has seen no evidence to validate.

University of Toronto professor Christo Aivalis, who specializes in labour, said it’s unclear what fuelled any of the province’s 80,100 job losses, which were predominantly in part-time work.

He figured many will blame an Ontario minimum wage hike in January from $11.60 to $14, but he wasn’t convinced that was the reason because jobs growth was already slow when the new rate was introduced months ago.

“It is difficult to say why (job losses) would be happening,” he said. “The economy in general remains strong.”