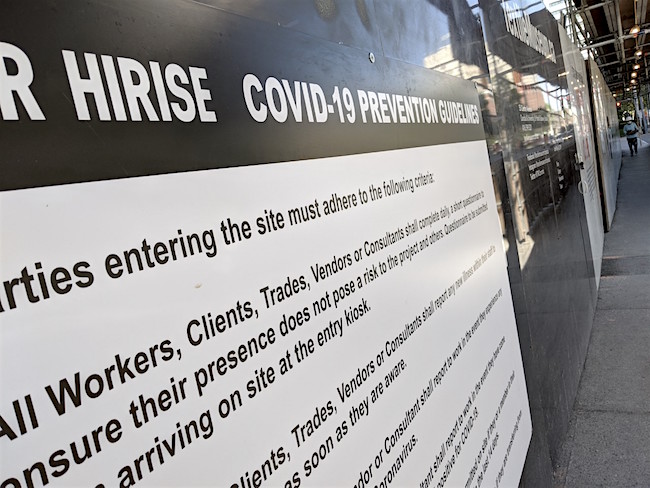 New figures from Statistics Canada are helping to pin down the extent of the damage COVID-19 has created across the construction industry.

The muted performance did not come as a surprise as provinces accelerated efforts to slow the spread of COVID-19 midway through March. Spending fell the most in Quebec, which shut down the majority of its construction industry March 25.

With the statistics lagging the reality on the ground, further — and likely steeper declines — are expected for April.

The total value of building permits “plummeted” 17.1 per cent in April, according to figures released by Statistics Canada May 27. It added the decline was the largest seen since October 2008 during the financial crisis. Numbers were inconsistent across different sectors, with multi-unit residential permits up 4.8 per cent; single family down 14.2 per cent; commercial down 21.5 per cent; industrial down 34.7 per cent and institutional down 10.5 per cent.

Through March and April the value of building permits issued by cities across the country has declined about 28 per cent from February.

Despite the grim figures, work across the country is slowly resuming. All construction sites in Quebec were allowed to reopen May 11, followed by those in Ontario May 19. Experts are anticipating a slow return to normal as job sites come back to life.