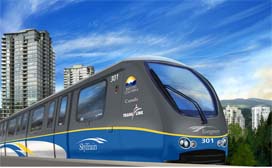 “We have a panel that includes owners, contractors, architects and engineers that examines the submissions. They select the winners using a weighted rating system followed by a discussion of practice and design qualities,” said Uel McFall, CDBI chair. “It is amazing to see how complex these projects are, yet it is possible to control cost and schedule and develop innovative approaches and designs.”

This project with a nearly $124-million final cost initially comprised a 3-storey facility that was then expanded after project award and available fund increases both in square footage and height to a 4-storey 14,763-square meter facility. It contains 15 operating rooms and all associated staff support facilities, including a pre-op area, a cardiac surgical intensive care unit, post anesthetic recovery rooms, a medical device reprocessing area and post-op recovery area. As of February 2017, the project is also Leed® Gold certified.

The site was previously occupied by a disused building. The weight of the demolished building could be interpreted as having preloaded the site. This eliminated the transporting, placing and removal of pre-load material and represented a cost and schedule saving, for which the proponents sought pre-submission permission. In addition, to accommodate the added fourth floor to an already existing design and partially-constructed building, mechanical connections were located outside one of the walls for easier access during construction as well as for maintenance. This solution was hailed a breakthrough by operational personnel.

The Evergreen Line Rapid Transit project is an 11-kilometer advanced light rail transit system extension connecting Coquitlam City Centre through Port Moody to Lougheed Town Centre in approximately 15 minutes. The Evergreen Line was completed and in service as of late 2016.

The scope consisted of 5 kilometers of elevated guideway, 4 kilometers of at-grade guideway and 2 kilometres of tunnel. There are 7 passenger stations along the way, 5 power propulsion installations, signal operating and monitoring systems, a vehicle storage and maintenance facility and miscellaneous related facilities. The project area required provision for high seismic requirements in poor soil conditions and difficult tunnel boring environments. Parts of the line were to be constructed near an existing active rail freight alignment.

The province of British Columbia had completed a detailed procurement options analysis and concluded that a design-build-finance model was the preferred procurement option. The owner retained risk for property acquisitions, non-foreseeable contamination, a cost-sharing process for undisclosed utilities, and some narrowly-defined compensation events and relief events. The design-build contractor assumed the risk for design, construction, geotechnical conditions, disclosed contamination, a cost-sharing process for undisclosed utilities, traffic management, systems integration, systems performance, and schedule.

The more than billion-dollar budget included a provision for substantial land acquisition. The actual project budget was $889 million, and the final project cost was $925 million, with the increase due primarily to systems enhancements requested by the owner. The project was delivered on schedule.

About the CDBI Award of Excellence