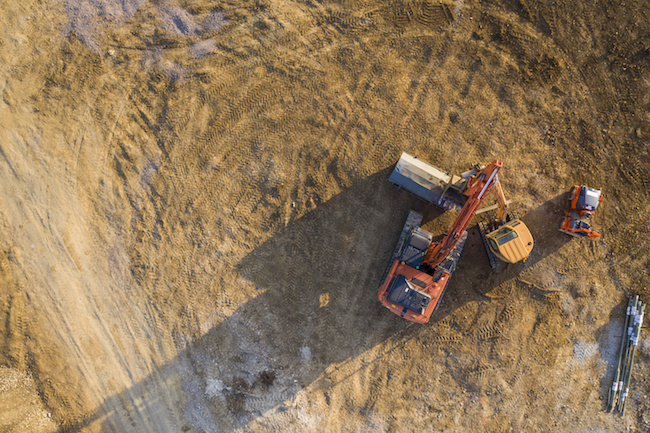 The Canadian construction industry appears more positive about a recovery from the pandemic than their U.S. or global peers. PHOTO: Adobe Stock/Ink drop

Having put the unprecedented first half of the year behind it, Canada’s construction industry is looking to the infrastructure market to fuel a recovery in the remaining months of 2020, according to the latest Construction Monitor survey from the Royal Institution of Chartered Surveyors (RICS).

The new report, to be released next week, shows confidence surging in the infrastructure segment, as well as rebounding slightly in the residential and non-residential building markets.

“As the economy is slowly opening back up after several months of varying stages of a lockdown across Canada, the sheer magnitude of the COVID-19 pandemic’s impact at home and abroad is becoming more evident,” said Sheila Lennon, CEO of the Canadian Institute of Quantity Surveyors (CIQS). “Despite supply shortages and an expected increase in construction and material costs over the next 12 months, there is an anticipated increase in employment opportunities within our sector in response to the government announcement of a significant investment in infrastructure projects over the next few years.”

About 40 per cent of Canadian survey respondents anticipate workloads to increase in the infrastructure market over the next 12 months, far higher than their American or global peers. The federal government has yet to lay out a cohesive stimulus plan, but five Canadian provinces have added to their infrastructure spending plans in response to COVID-19.

In other segments, the industry is less enthusiastic. Survey respondents expect the residential sector to remain more or less flat over the next year. Sentiment remains negative for the private, non-residential component — though considerably less so than three months ago.

Productivity also remains a concern, but nearly two-thirds of Canadian respondents anticipate on-site progress to remain the same, or decrease by no more than 10 per cent in the months ahead. Another 24 per cent project productivity to drop by between 10 and 20 per cent, while about one in 10 respondents see work slowing by more than 20 per cent. On these metrics as well, the Canadian construction industry remains more optimistic about a recovery than their counterparts south of the border and around the world.

Nevertheless, the tougher operating environment is likely to tighten margins as costs increases outstrip gains in tender prices. The report says construction costs are likely to creep up four per cent in the next 12 months, while tender prices will rise only one per cent.

“For the time being, the extent of underbidding is relatively modest both in the U.S. and Canada, which is encouraging, but whether this can be sustained if the macro recovery continues to falter remains to be seen.” Simon Rubinsohn, the Chief Economist with RICS, said.