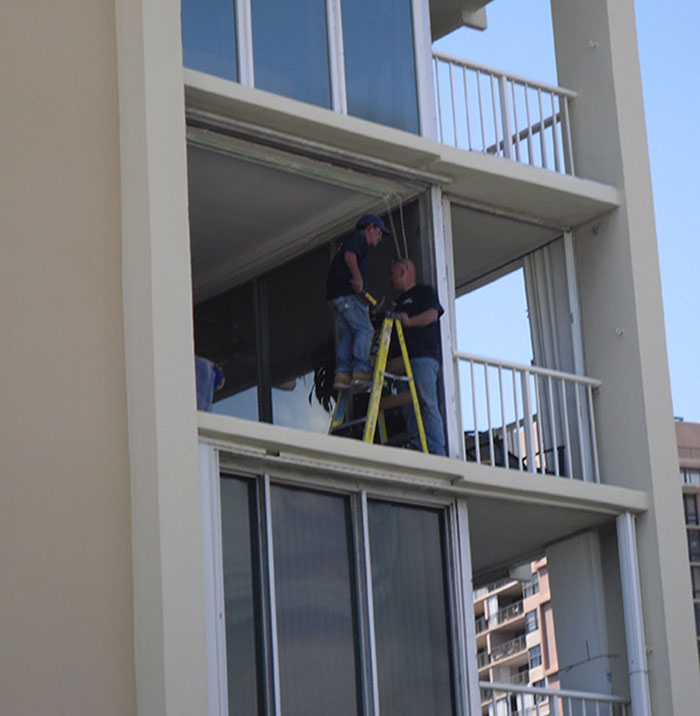 The Ladder Association's Idiots on Ladders contest is looking for photos of unsafe ladder use.

The Ladder Association is calling on the public to submit the worst pictures of ladder use they can find to its Idiots on Ladders contest in order to draw attention to how dangerous misusing a ladder is.

Idiots on Ladders is part of a two-pronged campaign to help ensure ladder users are safe: the Ladder Exchange lets people trade in their old ladders for new ones at a discount and Idiots on Ladders looks at the role of people using the equipment.

To participate in the contest, the public can post pictures to the Ladder Association’s Facebook page or email them to michael.fern@ladderassociation.org.uk. The association will create a Facebook album of all the submitted pictures and at the end of the year the photo with the most ‘likes’ will be crowned this year’s biggest Idiot on a Ladder.

Most people these days understand what makes ladder use safe or unsafe, said Cameron Clow, Ladder Association’s chairman. “For two years now we have been running the Idiots on Ladders contest and each time pictures have come flooding in. That shows that the public knows when people are doing something on a ladder they shouldn’t and are shocked by it. But it also shows that misusing a ladder is far too common.”

Clow added the Ladder Association is devoting a month of the Ladder Exchange to promoting safe use so that everyone knows the guidance and training they need is available. “You don’t have to be working in construction to benefit, even occasional users in retail, for example, have a course tailored to them. Putting aside a few hours of a day can ensure you never wind up being an Idiot on a Ladder,” he said.

Tips on using ladders – from inspections to using them at work and in the home – are available on the Ladder Exchange’s website at ladderexchange.org.uk. The website also has information about where people and companies can trade in their old ladders for new ones. This year’s Exchange runs until December 31st.