The project will transform 130 acres of what today is mostly parking lot space into a sprawling neighbourhood home to some 35,000 people 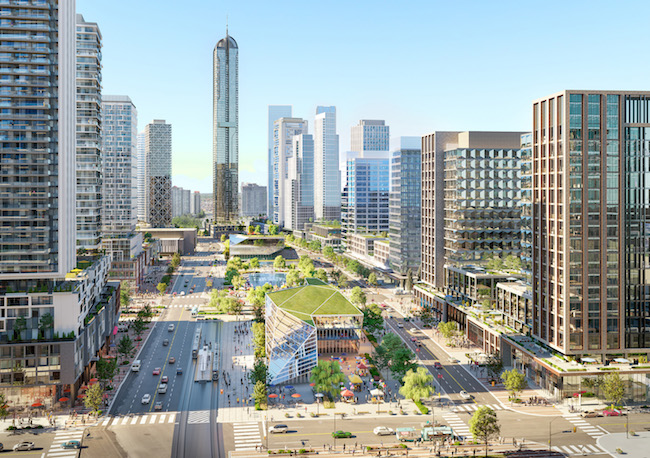 A rendering of the development, in particular a central civic space dubbed the “Strand.” PHOTO: Oxford Properties

Two big-name developers are planning a massive mixed-use development centred on the Square One shopping mall in downtown Mississauga, Ont.

“Our ambition is to build a community more than 35,000 people will be proud to call home,” Plesman said in a release. “This new community will support employment with world-class office space to help businesses grow while maximizing the positive impact of new transit being developed in Mississauga. It will be a place where business, life and leisure can come together as one.” 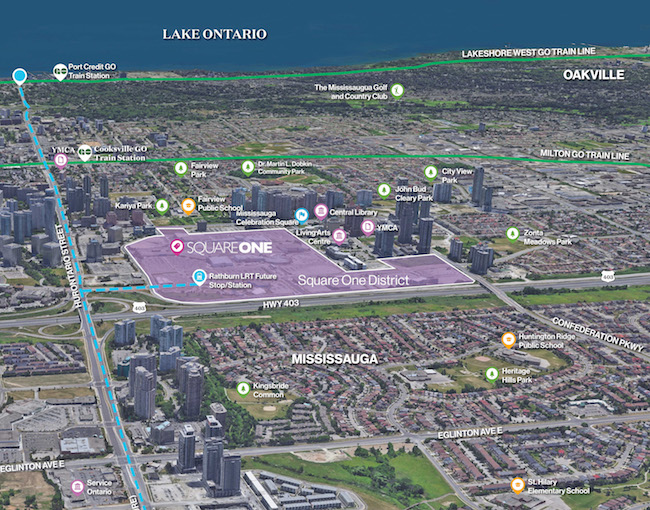 An overview of the development area and boundaries. PHOTO: Oxford Properties

The huge redevelopment plan for the city just west of Toronto includes 18,000 residential units, more than half of which will be rental apartments. The approximate boundaries of the development area — which covers roughly half a square kilometre — are Burnhamthorpe Road to the south, Confederation Parkway to the west, Highway 403 on the north end and City Centre Drive to the east. Growth in Mississauga, Canada’s sixth-largest city, is expected to continue with the population closing in on one million by 2041.

Overhauling the city’s downtown won’t happen overnight. The two developers pointed to the so-called Square One District as a multi-phase, multi-decade project.

Construction, however, is already moving ahead on the neighbourhood’s first two towers. The 48- and 36-storey buildings will house nearly 1,000 condo units combined, with construction expected to get underway this summer. Oxford, which is also one of the driving forces behind prominent New York City development Hudson Yards, and AIMCo, have partnered with Ontario-based builder Daniels Corp. on the two towers. 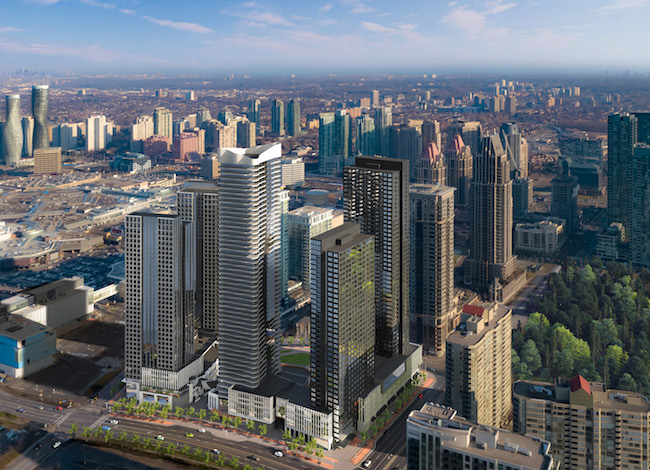 With the project linked up to the new Hurontario LRT, which is now under construction, the developers said the Square One District will include a transit hub, a civic space dubbed the “Strand,” as well as parks and community buildings. Office space will also play an “important role” in the new development, the group said, but it did not release a specific breakdown of planned residential, commercial and office space.

The developers anticipate getting to work on another 5,000 residential units over the next five to seven years. If advanced as planned, the project will be a boon for the construction industry, translating to up to 6,500 direct jobs over the first five years.