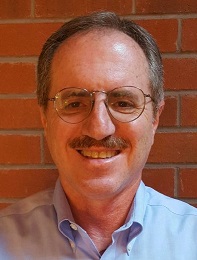 Vince Aurilio is the new Executive Director with OHMPA

Vince Aurilio has taken over the staff leadership of the Ontario Hot Mix Producers Association.

“I have a great deal of respect for all people in the asphalt industry and I am looking forward to working with everyone to strengthen our partnerships and our dedication to quality asphalt pavements,” said the association’s new executive director.

“There are always challenges facing the industry. OHMPA President Steve Smith has set the bar high when it comes to quality and I fully support his vision – working collectively with our stakeholders to achieve workable and practical solutions.”

Aurilio comes from DBA Engineering Ltd. where he served as Manager of Pavement Engineering Services for six years. He brings over 30 years of experience working in both the public and private sectors mainly in pavement materials engineering, including a six-year stint as OHMPA’s Technical Director from 1999 – 2005.

“Vince carries an extensive resume with strong credentials and a wealth of experience in our industry and he has lent tremendous support to the road building community over the decades,” said OHMPA President Steve Smith. “We welcome Vince back to OHMPA after a lengthy ‘sabbatical’ and look forward to working with him in our continued pursuit of excellence in asphalt pavements.”

During his career, Aurlio also served as the Senior Bituminous Engineer for the Ontario Ministry of Transportation from 1990 -1994. He has been actively involved in the implementation of Superpave and the development of Hot Mix Asphalt (HMA) technologies, such as Stone Mastic Asphalt (SMA) and Perpetual Pavements in Ontario.

Aurilio is a strong advocate of pavement preservation and the use of proper life cycle costing. He has authored many technical papers, presented at various key industry functions and is a current member of the Canadian Technical Asphalt Association (President in 2006), Association of Asphalt Paving Technologists and sits on the Transportation Research Board Committee on Quality Management in Construction. Aurilio graduated from the University of Toronto with a B.A.Sc. in Civil Engineering in 1982.

The Ontario Hot Mix Producers Association (OHMPA), formed in 1974, serves as a voice for hot mix asphalt producers on all subjects affecting our industry or our members’ businesses.

OHMPA members include all major asphalt producers and asphalt cement suppliers across Ontario, as well as a solid core of supportive manufacturer/supplier and professional services members. Producer members represent over 95 percent of all the hot mix asphalt (HMA) producers in the province of Ontario.

The asphalt industry of Ontario supports the province’s $37 billion construction industry. Ontario’s asphalt producers and contractors employ approximately 30,000 workers during peak construction season, which is March through October. During this period, an estimated $8.1 billion in total employment income is created by the asphalt industry.