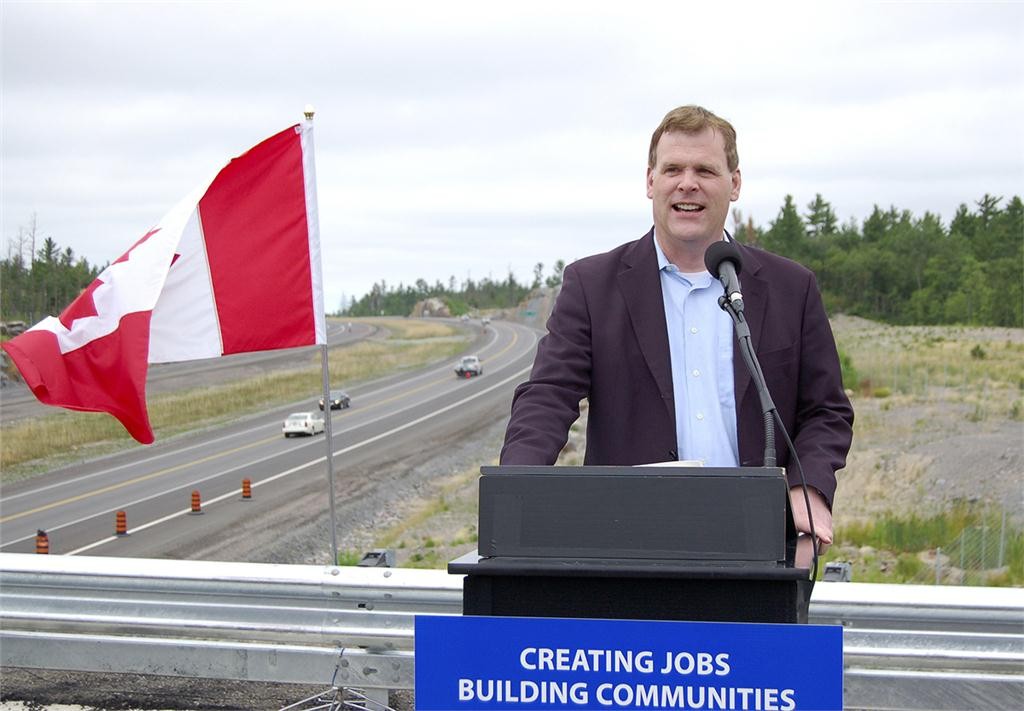 Minister of Foreign Affairs John Baird was on hand to mark the recent completion of the $68.2-million Highway 69 widening and realignment project. Photo: Transport Canada.

Residents living in the Sudbury, Ont. area are enjoying the summer of 69, Highway 69.

The widening and realignment project for the north-south highway that connects rural and urban areas from Highway 400 near Perry Sound, Ont. to the Greater Sudbury Area, was recently completed, converting it to a four-lane highway from Highway 637 to Estaire, Ont., near Sudbury.

The $68.2-million project included a 13-kilometre corridor of four-lane highway, construction of an underpass at Highway 637 and the province’s first overhead wildlife crossing bridge.

The Government of Canada funded $35.8 million of the project through the Building Canada Fund, while the Province of Ontario funded $32.4 million through the Northern Highways Program.

“As a gateway to Northern Ontario, Highway 69 is an important link in the Trans-Canada Highway, and these improvements will increase safety for local commuters and tourists, while enhancing economic growth in the region,” said Minister of Foreign Affairs John Baird.

TransCanada Highway getting safety improvements near Malahat, BC
Highway 5 resurfacing project is complete