Jeff MacIntyre brought on board to succeed the retiring Martha George; George to stay on to facilitate transition and provide mentorship. 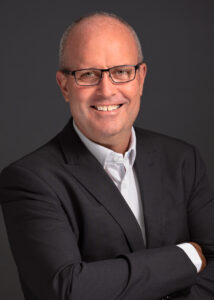 Ontario’s Grand Valley Construction Association (GVCA) has announced the appointment of Jeff MacIntyre as its incoming president. MacIntyre will succeed Martha George, who has served as president of the Association since 2006. Under George’s tenure, the GVCA has grown into a major player in the ICI construction industry, assisting industry members and stakeholders across Waterloo Region and beyond.

George is remaining with the organization until October 31, to provide transition and mentorship. It won’t be the first time that the pair have worked together, having spent six years as founding board members of the Waterloo Economic Development Corporation.

MacIntyre is a community builder and connector who has experience with organizations and businesses that focus on continued growth through innovation. He has held numerous leadership roles in both the public and private sectors.

He is past-chair of the Greater Kitchener Waterloo Chamber of Commerce and served on its board for more than 15 years. He is a former board member of the Grand River Hospital Foundation, spearheaded the Small Business Ventures Program at Conestoga College, and founded several small businesses. He also has experience in the insurance industry.

“Jeff’s vision for the future is that progress is achieved by embracing change,” George says. “He has demonstrated to the board that he understands the members and their objectives. I am confident that he will continue to find ways to assist them to achieve their collective goals and success.”

Says MacIntyre, “I look forward to continuing to enhance the value of participation and raising GVCA’s profile. Technology, talent, education, government relations, a focus on sustainability and continually finding new opportunities will keep the association relevant and allow it to continue to grow and thrive.”