Governments put up $33.6M for next phase of downtown Regina renewal project 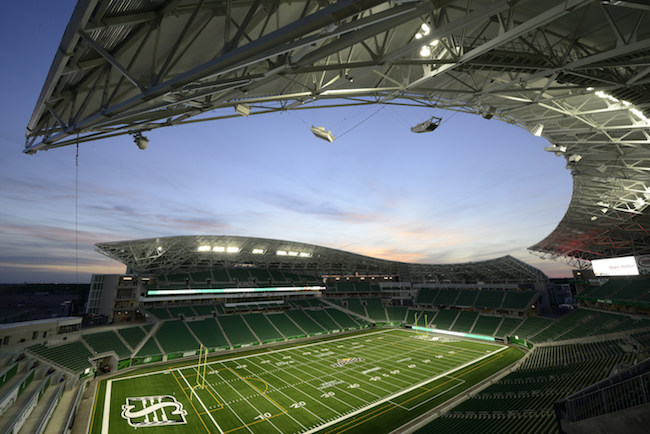 The project follows the first phase of the Regina Revitalization Initiative, which included the construction of Mosaic Stadium. PHOTO: City of Regina

REGINA—The second phase of a project to breathe new life into downtown Regina is moving ahead with $33.6 million in joint funding from the federal, provincial and city governments.

The project is Phase 2 of the Regina Revitalization Initiative and follows the construction of the recently-completed Mosaic Stadium, which houses the Saskatchewan Roughriders, during the first phase.

“These early works will provide significant benefits for existing businesses and residents while laying the foundation for a dynamic and innovative renovation of an important central asset that will play a central role in the future of our city,” Michael Fougere, the city’s mayor, said in a statement.

The current funding will pay for construction on Dewdney Avenue, as well as environmental remediation work and the installation of utility infrastructure at the former rail facility. A proposed pedestrian bridge that would link the neighbourhood to the city’s adjacent Warehouse District may also be included.

The eventual final stage of the urban renewal project will include redeveloping the nearby area that held Taylor Field, the former home of the city’s football team.