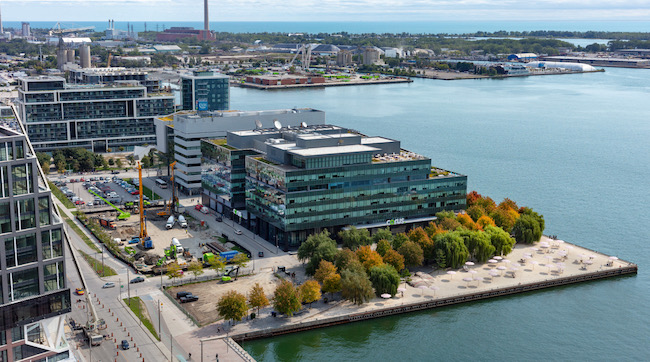 Construction of the new buildings on the Toronto waterfront began Sept. 20. PHOTO: Menkes

TORONTO—Work on a new office development on Toronto’s burgeoning waterfront is officially underway on the east end of downtown.

EllisDon broke ground on the $100 million Waterfront Innovation Centre last week, kicking off a construction project expected to last about three years. The company is serving as the general contractor for the 400,000 sq. ft. site.

The two-building project is owned by Menkes Developments Ltd. and Alcion Ventures.

Both “The Exchange” and “The Hive” towers will extend 11 storeys and are designed by Sweeny & Co. Architects Inc. They’ll stand next to Sugar Beech in the city’s East Bayfront neighbourhood, a once industrial area that has been a hotbed of development over the past few years.

The majority of the new office space has already been spoken for. Menkes announced U.K.-based WPP as the project’s anchor tenant earlier this year. The advertising and PR firm has leased 260,000 sq. ft., or about 60 per cent, of the space. 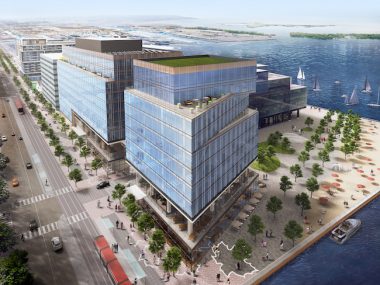 A rendering of the complex located next to Sugar Beech, an area that has seen major changes over the past 15 years. PHOTO: Menkes

The builders are aiming for a LEED Gold (v4) certification with the project. Among other features, the developer said new office tower will employ building automation controls, under-floor air distribution and LED lighting. It will also house a rooftop PV solar array.

The complex is expected to open in 2021.