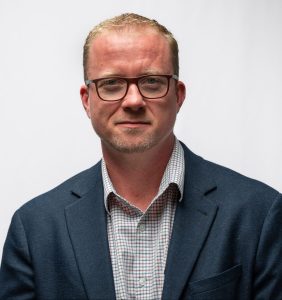 “I am excited to have Randy lead the Southwestern Ontario area; he is well known by his peers and the industry at large as an honest, intellectual, and inspirational leader,” said Max Mantha, senior vice-president of Eastern Canada at EllisDon. “With his amassed EllisDon experience, strategy, and excitement for where the area is headed, Randy will bring great energy and continued growth to the region.”

Randy joined EllisDon’s London office in 1998 as a co-op student, joining the office’s estimating team upon the conclusion of his co-op term. After 12 years, Randy was promoted to senior estimator, a role which he held for over seven years before advancing to chief estimator.

“EllisDon presents endless opportunities, and I am excited to embrace the role and continue to evolve EllisDon as a premiere construction services company in the region where the company first began,” said Reymer. “We have some great people in the area, and I have no doubt that working together, we will continue to achieve many great things.”

Over his 24-year tenure with EllisDon, Randy has gained experience in operations and estimating, culminating in his recent five years as the chief estimator for the Southwestern Ontario Area.

Some of the flagship projects in which he has been integrally involved include the West Lincoln Memorial Hospital, Elgin County Courthouse, Groves Memorial Community Hospital, London Regional Mental Health Hospital, and the Southwest Centre for Forensic Mental Healthcare.