Deere appoints Intel CEO to Board 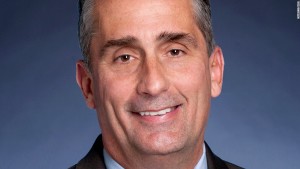 Deere & Company has appointed Brian Krzanich, chief executive officer of Intel Corporation, to the company’s Board of Directors.

“Brian’s depth of leadership experience in technology, manufacturing and supply chain management is a valuable addition to the Deere & Company Board of Directors,” said Samuel R. Allen, Deere’s chairman and chief executive officer. “We look forward to Brian joining the Deere board.”

In May 2013, Krzanich was appointed chief executive officer of Intel Corporation and elected a member of the Intel Board of Directors. He had previously served Intel as chief operating officer after progressing through a series of technical and leadership roles at Intel.

Krzanich began his career at Intel in 1982 as a process engineer. He holds a bachelor’s degree in chemistry from San Jose State University and has one patent for semiconductor processing.

Deere & Company (www.JohnDeere.com) is a world leader in providing advanced products and services and is committed to the success of customers whose work is linked to the land – those who cultivate, harvest, transform, enrich and build upon the land to meet the world’s dramatically increasing need for food, fuel, shelter and infrastructure.