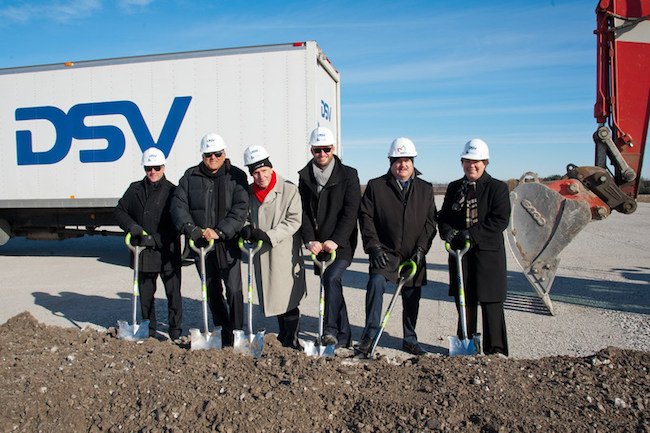 Company and government officials put shovels to the ground at the groundbreaking Nov. 27. PHOTO: Herman Custodio/DSV

The company, which has operations in 80 countries, said the complex will cover 1.1 million sq. ft. It will include a multi-client warehouse as well as a three-floor administrative office that will become the company’s Canadian headquarters.

Though company and government officials put shovels to the ground Nov. 27, early work on the site has been ongoing since May. Mississauga, Ont.-based Leeswood Construction is managing the project.

DSV said the new operation on Fifth Line in Milton will employ 800 workers once complete. It has not disclosed the value of the investment.

Contractors are expected to complete the new logistics hub by fall 2019.